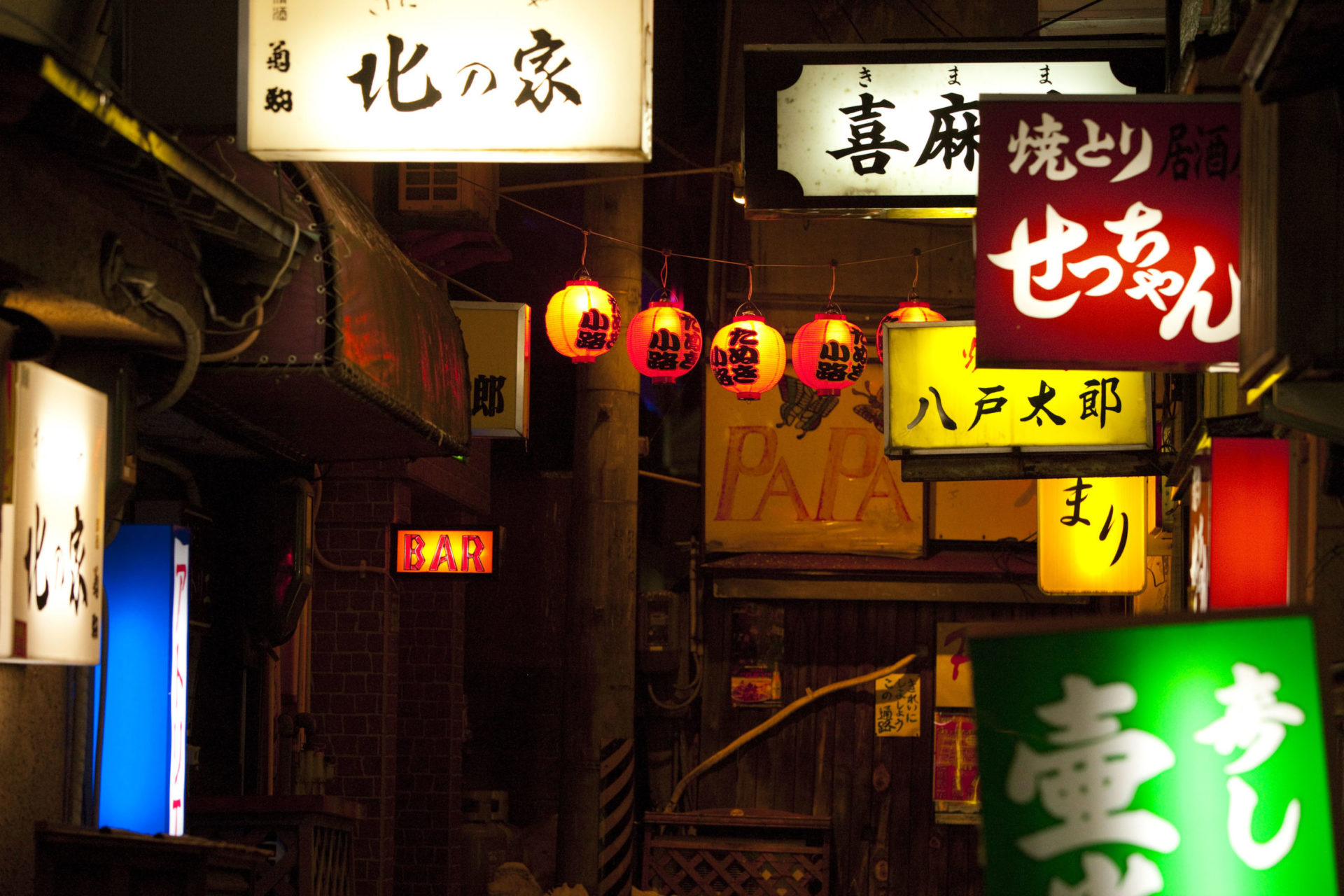 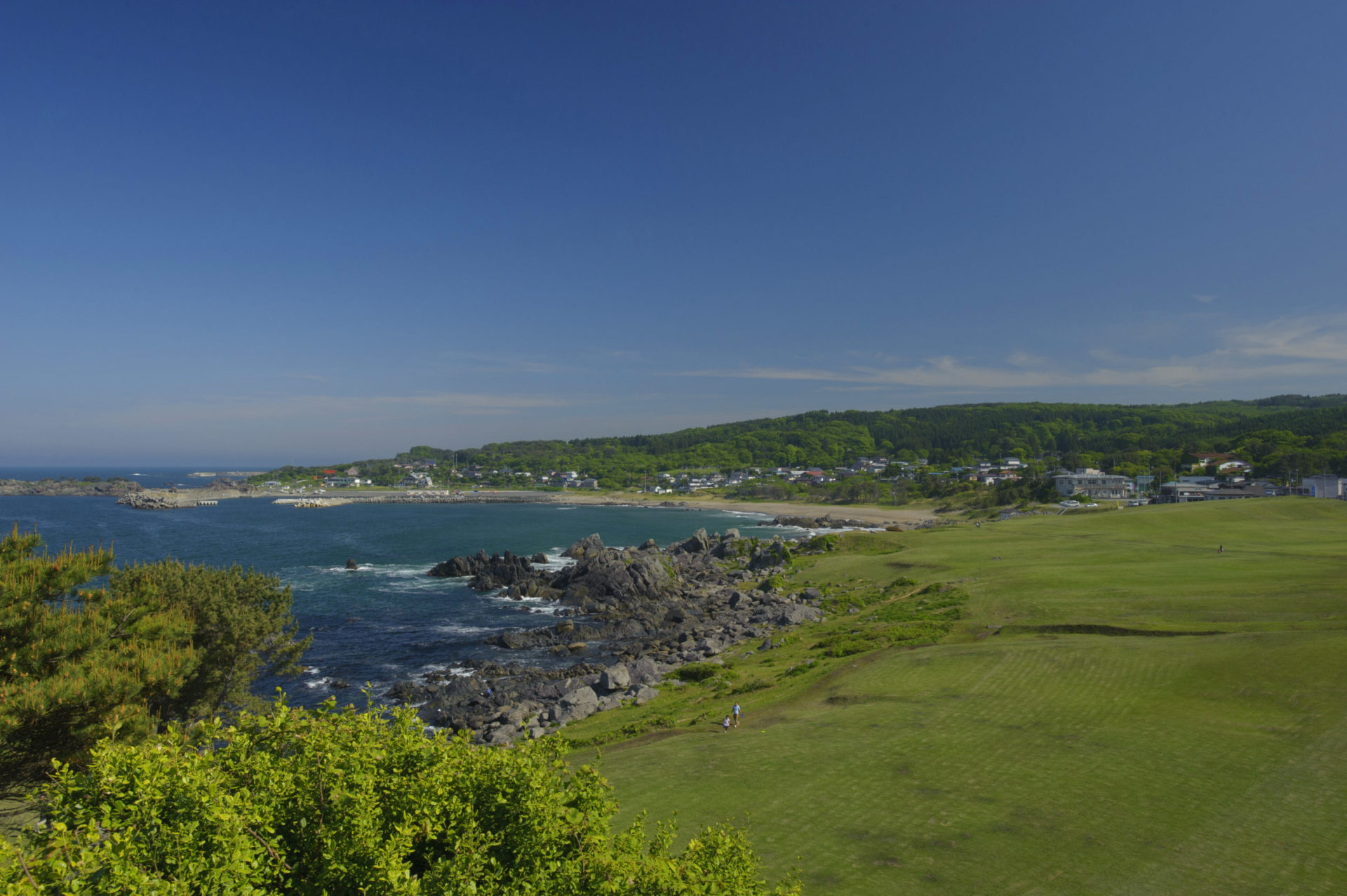 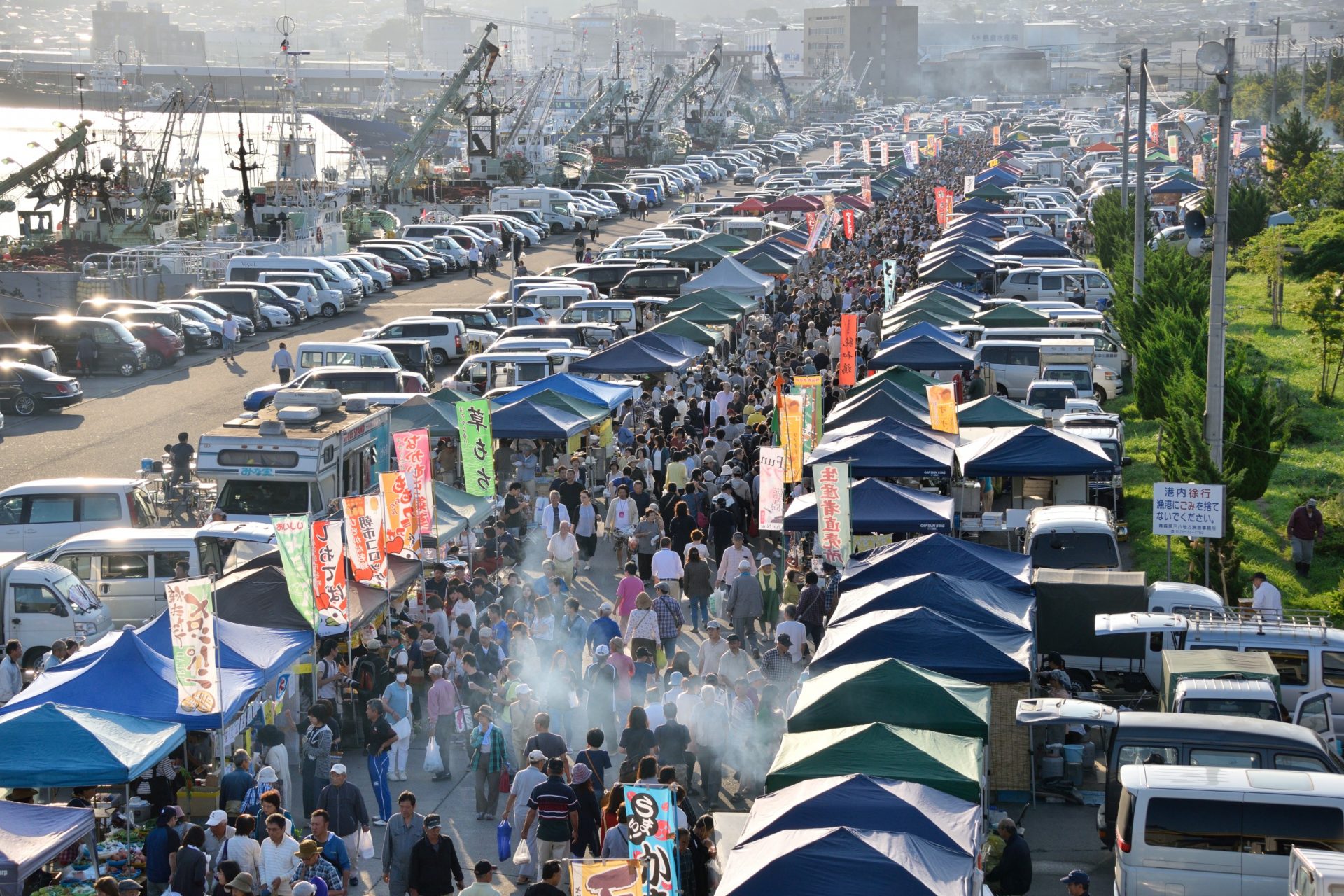 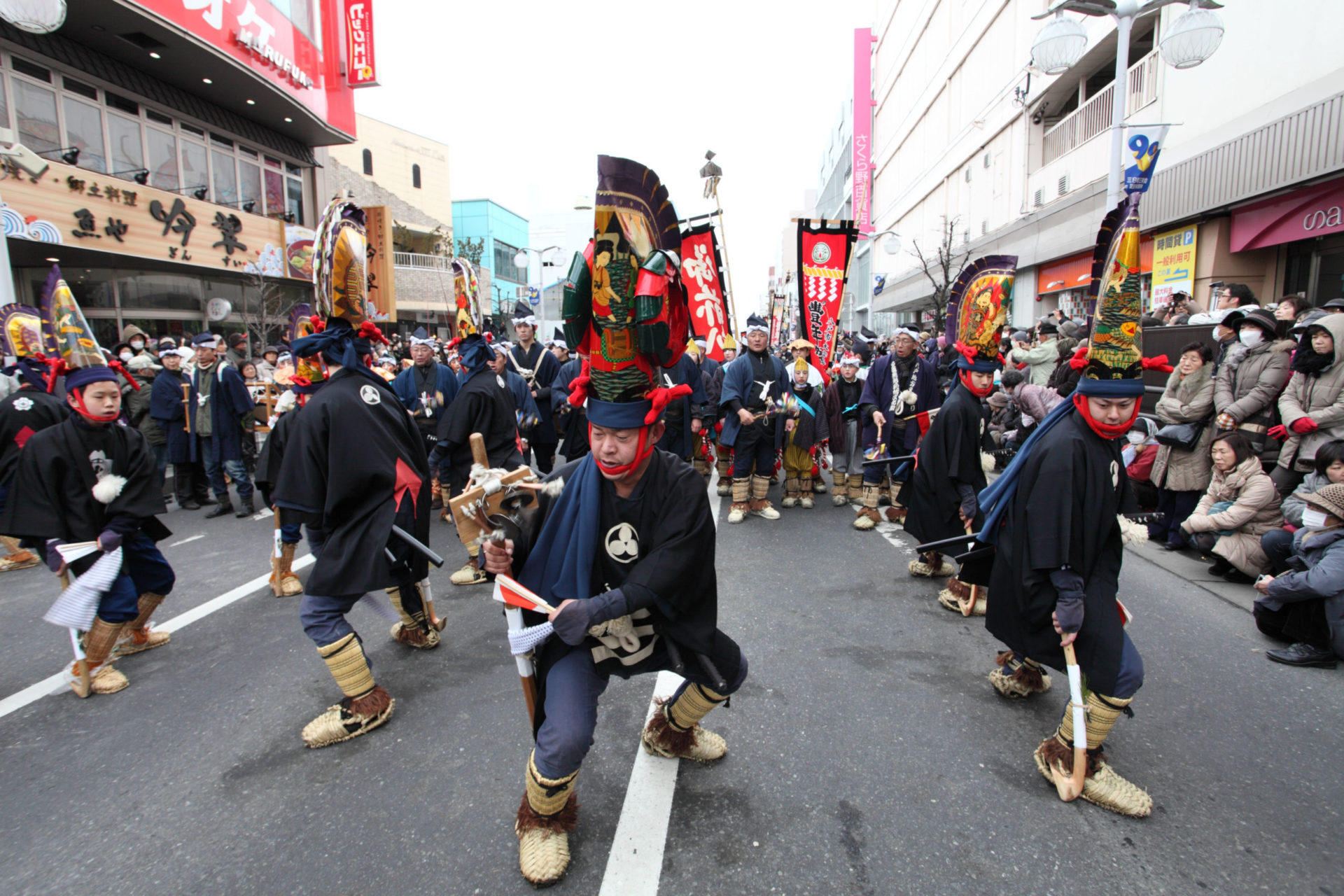 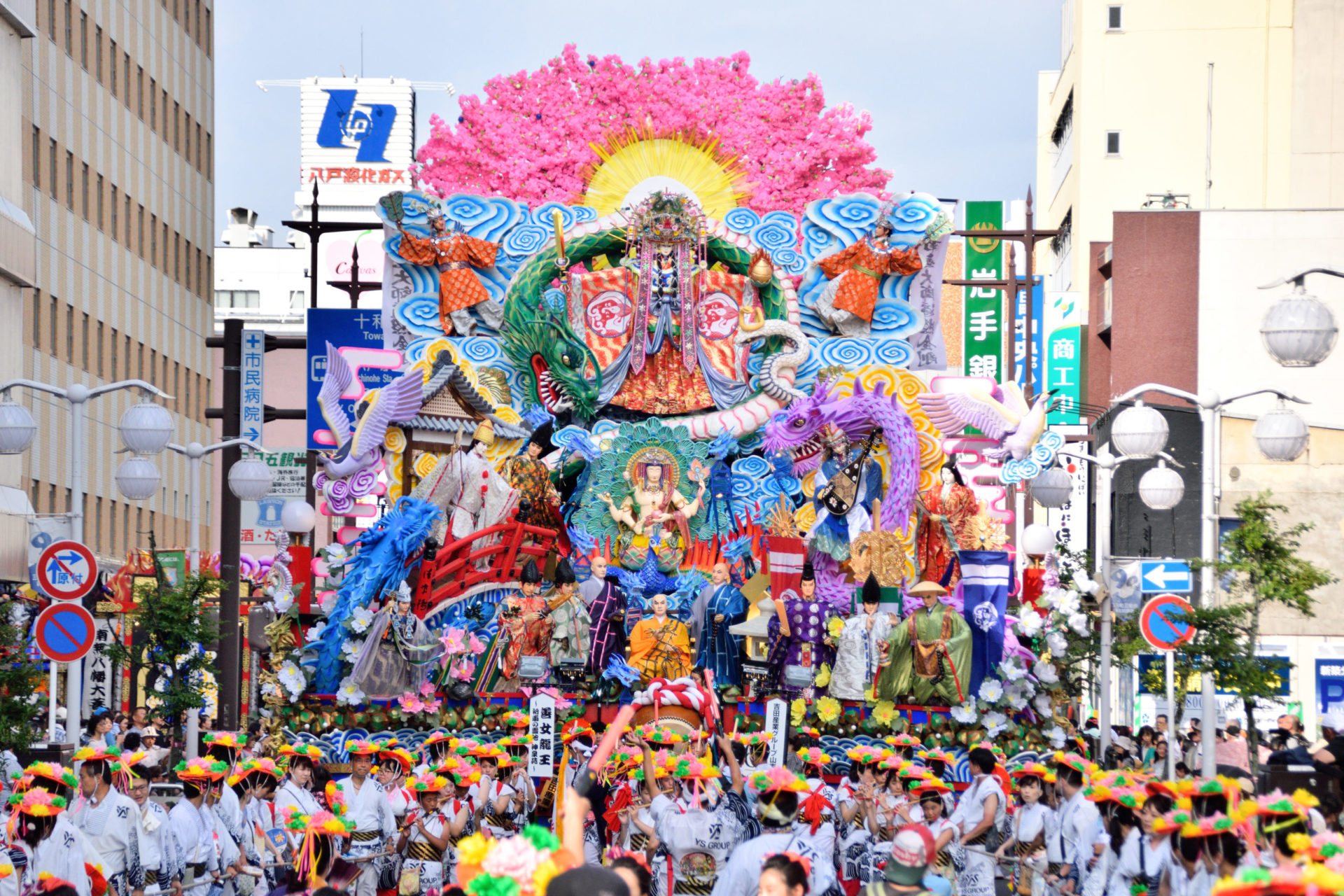 Hachinohe is a city of dual natures: a port town and an urban city district.

Hachinohe-city is one of the biggest fishery cities in Japan by catch volume. It is also one of the most prominent industrial cities in northeastern Tohoku. Hachinohe has many unique and interesting places to visit. In the central part of the city is a gourmet district where you can enjoy good food and sake. In suburban areas, there is the Tanesashi Coast in the Sanriku Fukko National Park known for its wilderness, and the Tatehana Wharf Morning Market, one of the biggest morning markets in Japan.
Hachinohe is also known as the birthplace of the B-1 Grand Prix, a festival of cheap yet tasty local food (so-called B-grade gourmet). Here you can enjoy one of the most well known local dishes, Hachinohe Senbei Jiru. In the central part of the town, there are many gathering places and venues such as the Hachinohe Portal Museum (nicknamed Hacchi) and Hachinohe-city Museum, which has been reimagined and reopened recently. In July 2021, the Jomon Prehistoric Sites in Northern Tohoku and Hokkaido, which include the Korekawa Site from the Stone Age, was designated as a World Heritage Site, and has since gotten a lot of attention.

In summer, the city celebrates Hachinohe Sansha Taisai, which has been designated as an UNESCO Intangible Cultural Heritage. In winter, the locals pray for a good harvest with a folk performance called Hachinohe Enburi. Both have been designated as National Important Intangible Folk Cultural Assets.
At the center of the Hachinohe Sansha Taisai is a mikoshi parade of three Shinto shrines, Ogami Shrine, Chojasanshinra Shrine and Shinmeigu, together with 27 floats. Isseihauchi, performed by Shishigashira of Kagura, is known for being particularly dynamic. Watching the gorgeously decorated floats and elaborate stagecraft, such as seriagari (the trap door), is truly entertaining.
Hachinohe Enburi is a folk performing art that has been performed for generations in five cities and towns of the region, including Hachinohe. It is known for its glittering Eboshi headgear, which shines in the snowy landscape, and the lyrical sound of tehirakane, which resonates crisply in the clear air. The climax of the festival is called Issei-Zuri, a parade of more than thirty Enburi groups, which takes place in the central shopping district after an early-morning Shinto shrine ceremony. The spectators enjoy the diversity of the Zuri dances that have been uniquely developed by each group.