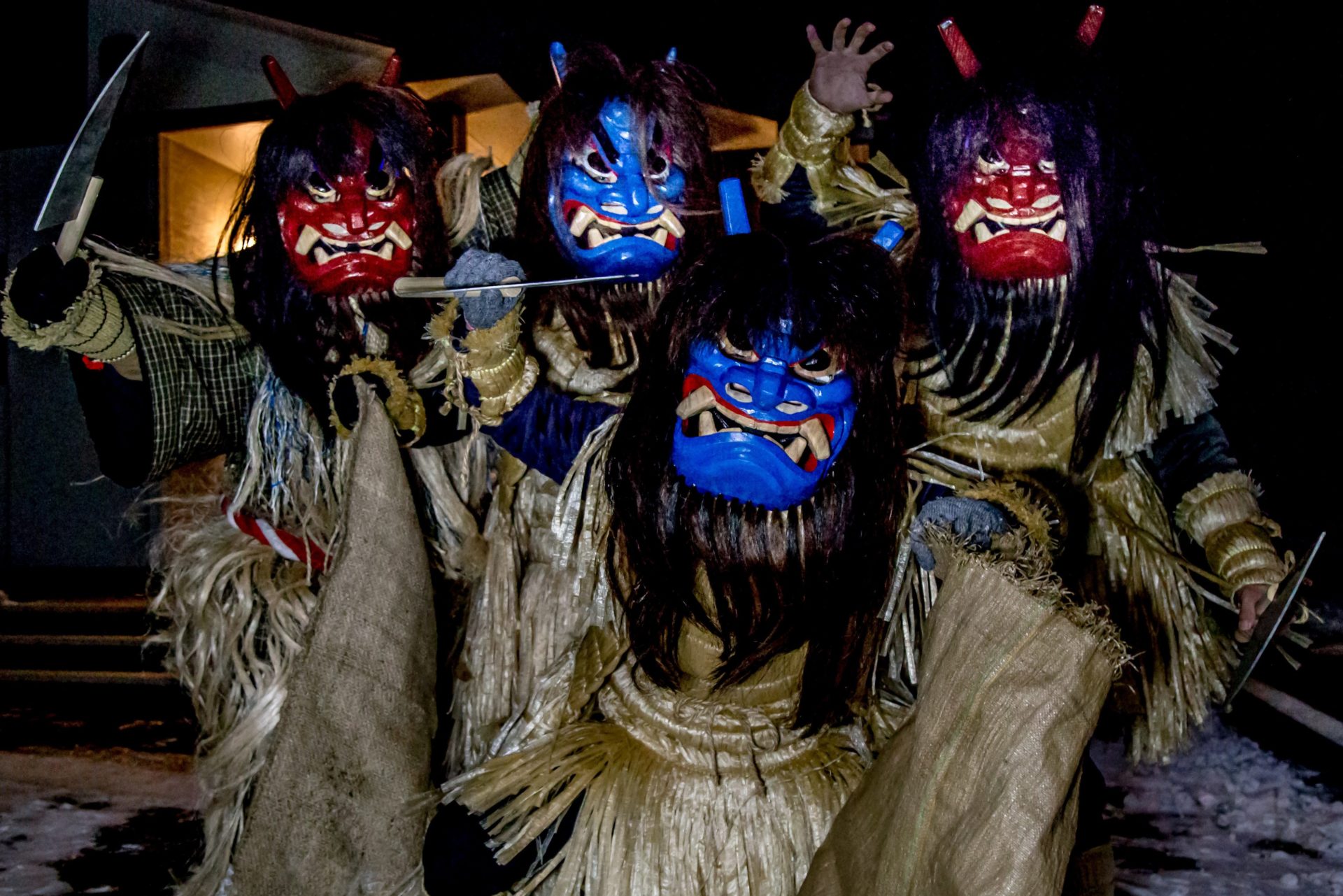 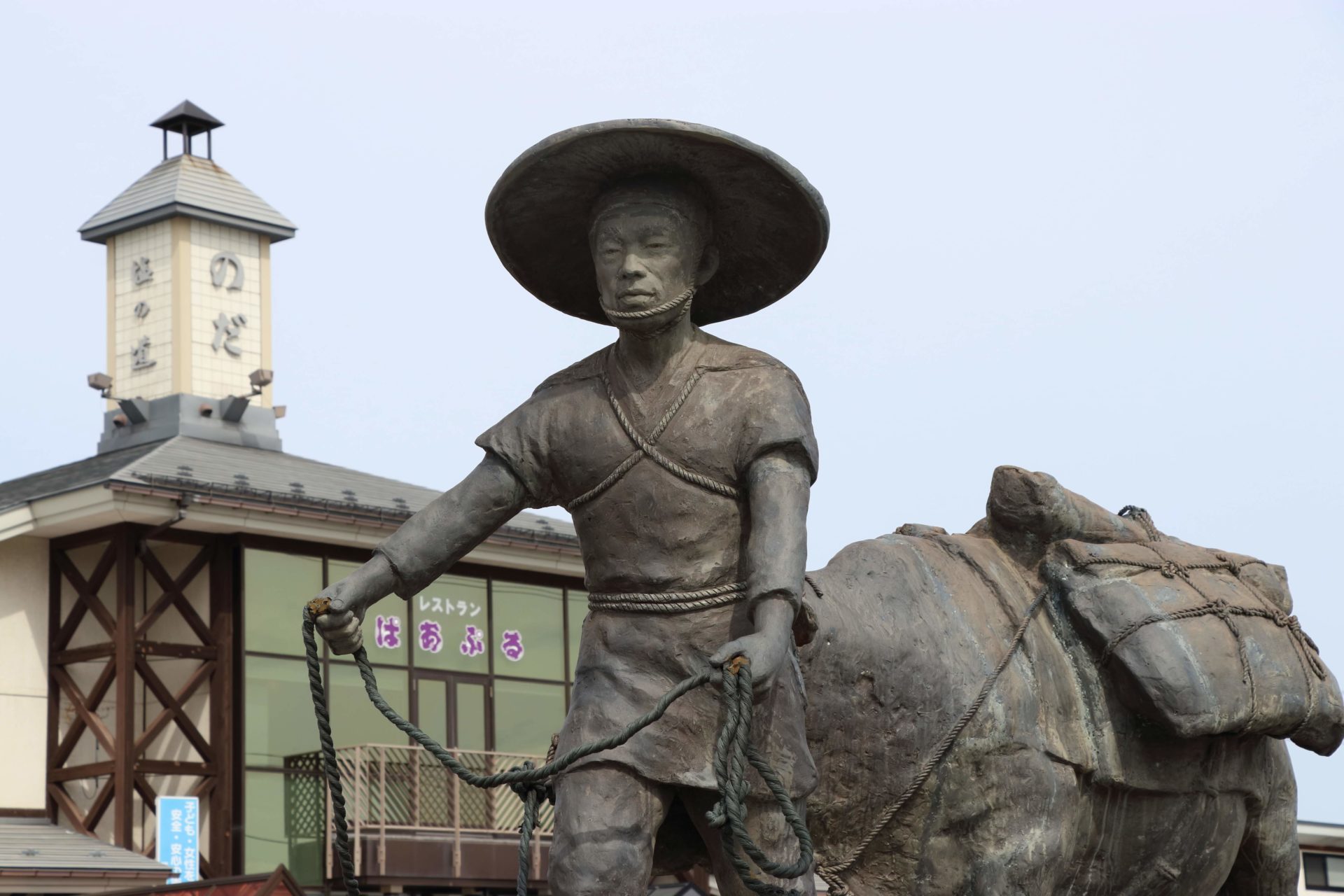 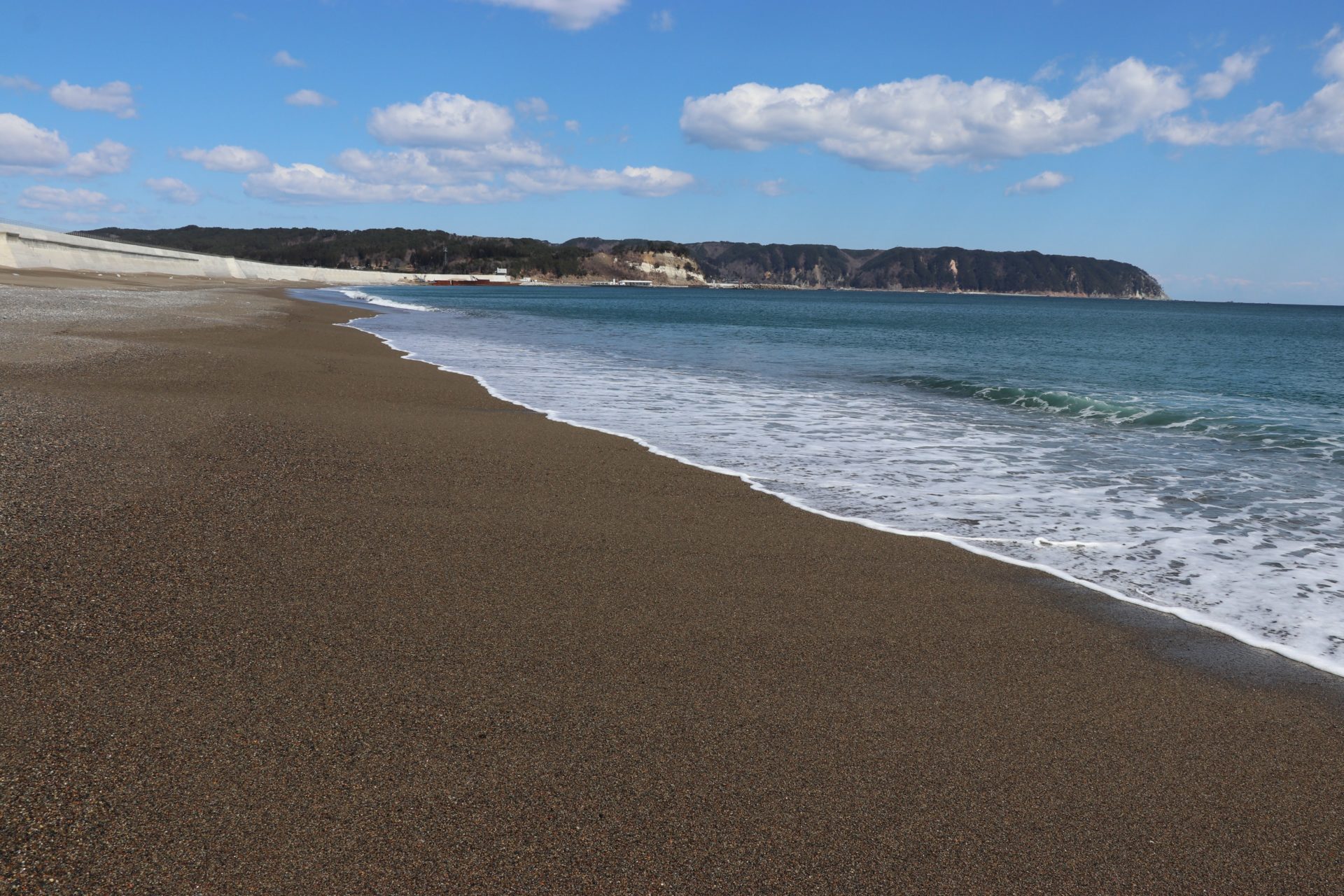 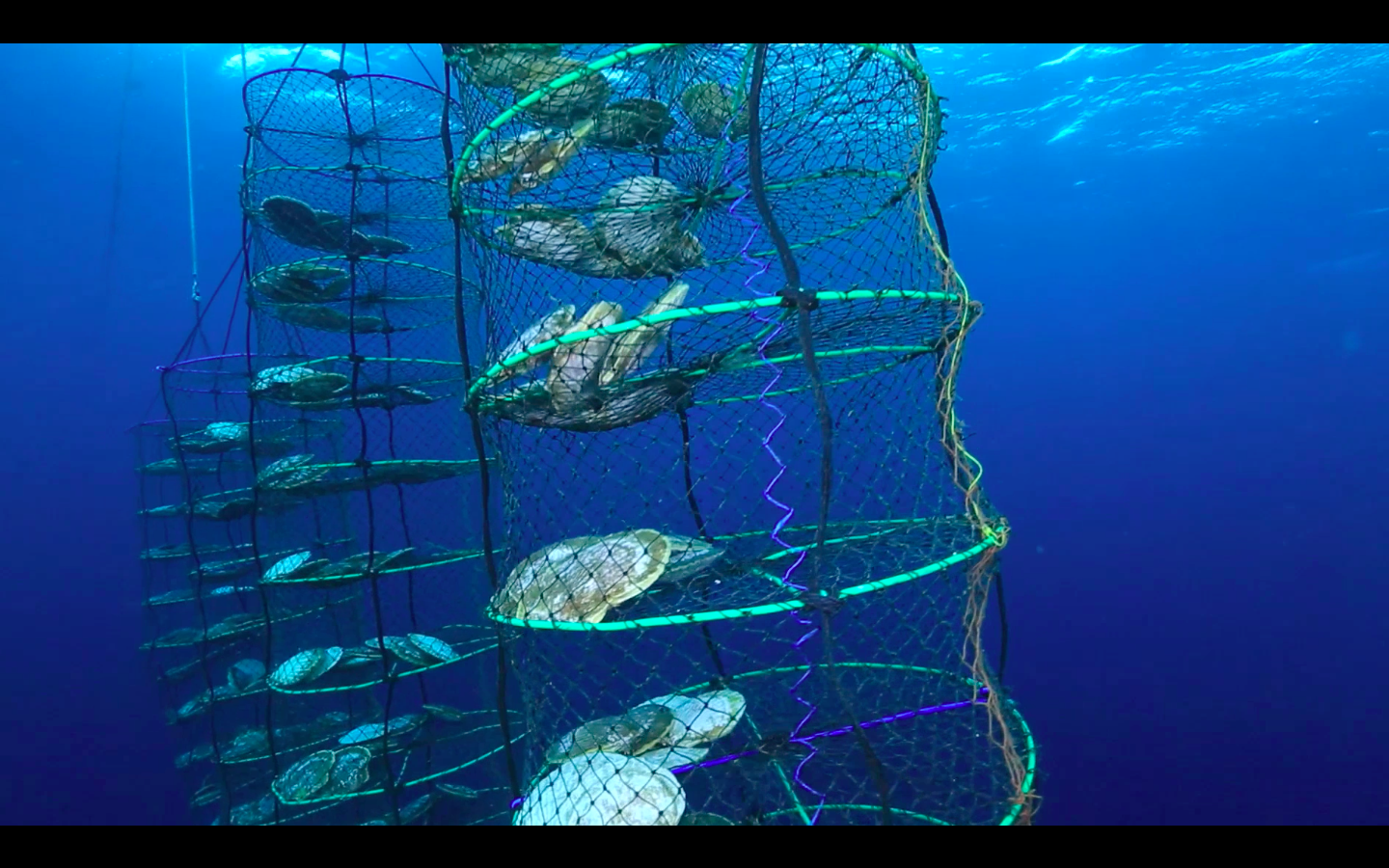 A popular destination on the Michinoku Costal Trail

Nature-loving hikers from all over the world visit Noda Village to walk the Michinoku Coastal Trail that passes through the village. Some of the most popular spots to visit include Daito no Kura Cliff, where a striking striped pattern is seen in the strata by the fishing harbor; Akkagawa River, where an abundance of freshwater fish inhabits the waters; Wasarabiyama Mountain, which overlooks the village; and Tofugaura Coast, known for its pale-violet colored pebble-sand beach. Surrounded by natural wonders, Noda Village is blessed with many culinary ingredients that villagers take pride in.
One of the examples of local food, Araumi Hotate scallops are farm-raised in the region’s rough ocean waves. They are known for their pleasant chewiness and large meaty flesh, which has a strong sweetness and umami flavor. Recognized as a treasure of the village, the name Araumi Hotate has been registered and protected as intellectual property under the nation’s Geographical Indication (GI) Act. Another example is Noda Shio, a natural sea salt containing rich mineral nutrients that has been produced here by the same method since the Edo period. The route by which this salt was transported by cattle is called Noda Shio Beko no Michi. This route was so important, that its name has become a key word when telling the history of the village.

In the village, local folk performing arts such as Noda-kagura flourished in the past, but unfortunately the number of practitioners has decreased considerably. Against all odds, young people have recently established a performing group called Namomi Taiko No Kai. Namomi is the name of a local event performed on Koshogatsu or Little New Year’s Day. Traditionally, performers disguise themselves as ogres and visit each house of the village to pray for good health and a good harvest. This new group of young people has developed a taiko performance taking a fresh perspective on the tradition and speaking directly to the people of today.
The Great East Japan Earthquake in 2011 inflicted tremendous damage on the village. The Noda Village Reconstruction Museum exhibits a diorama of the village before the earthquake. This is one way the village preserves the image that its residents remember in a tangible form. Noda Village is one of the locations where “The Asadas!” was filmed. The protagonist of the film is Asada Masashi, a photographer. A well-known story of people in Noda washing damaged photographs in dirt and returning them to the owners after the quake was one inspiration for the film. This effort is still going on in real life, and Noda has become its headquarters.