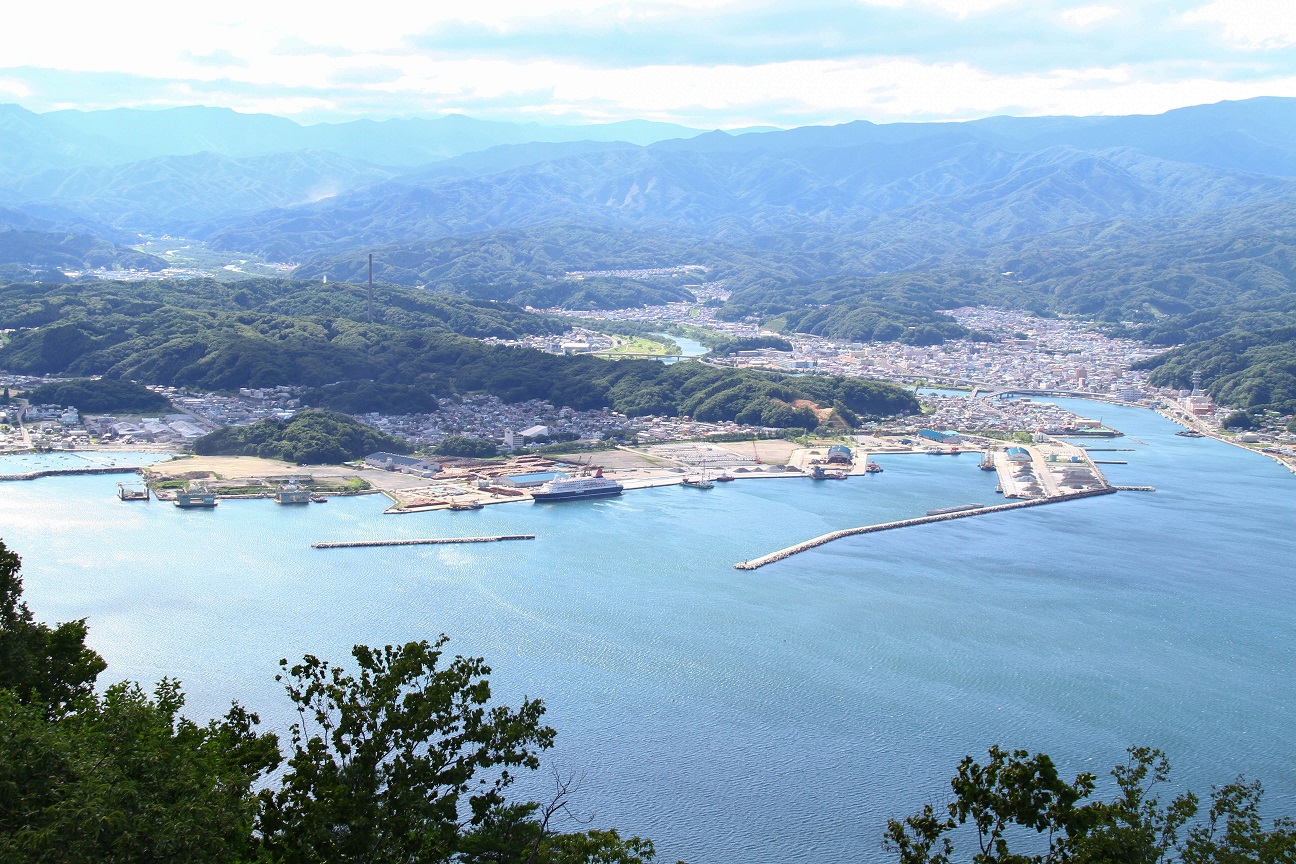 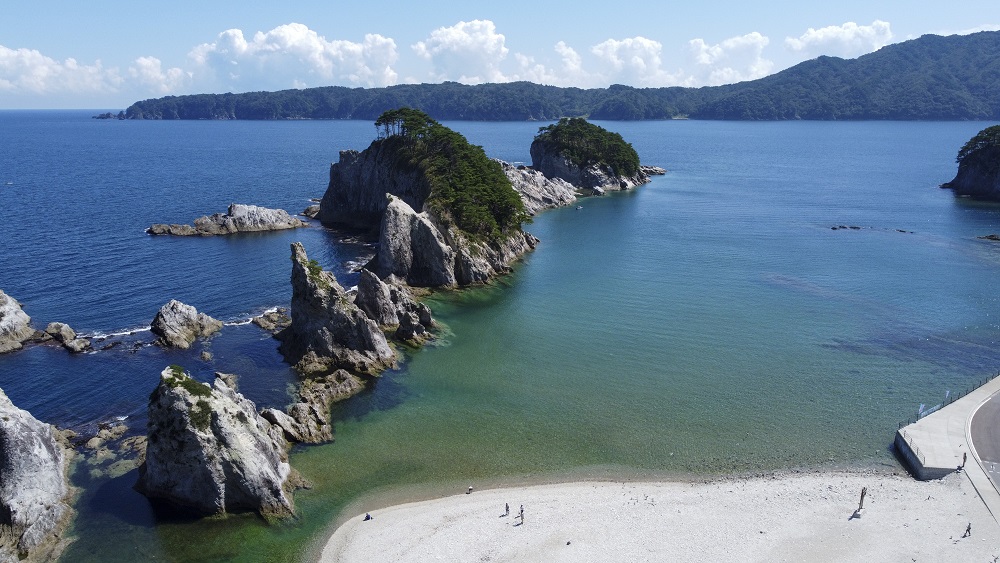 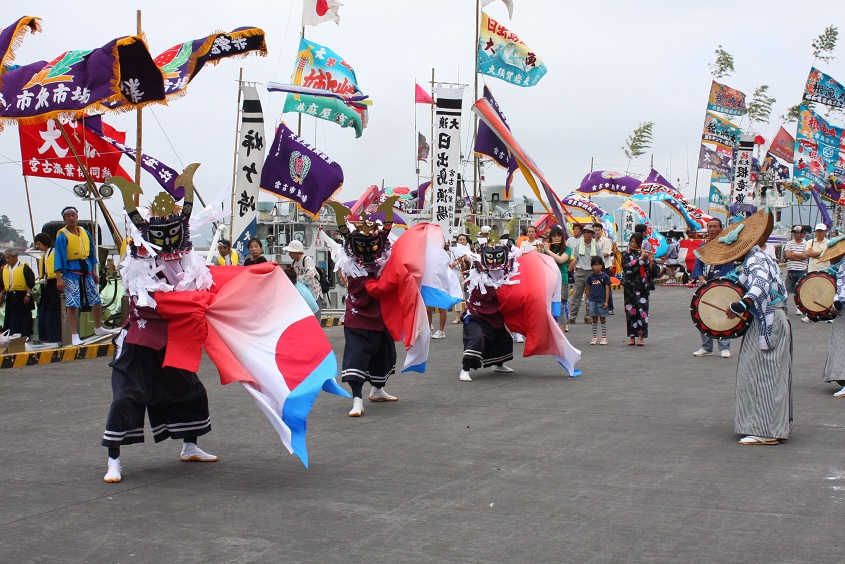 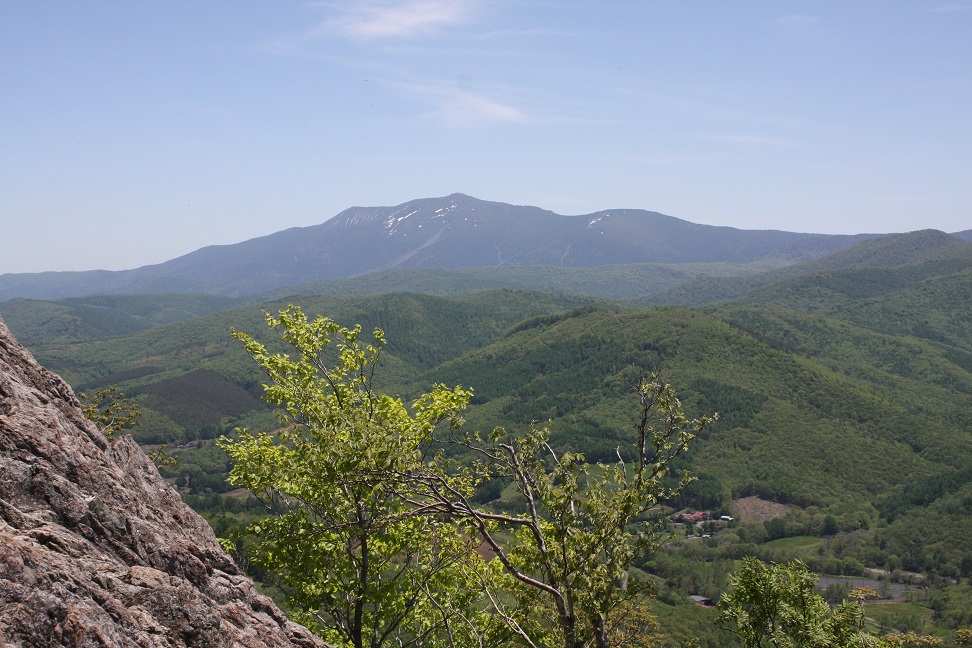 Miyako, located midway along the coast line of Iwate prefecture, is the easternmost town on Honshu Island. At Miyako Bay, featuring many small, terraced inlets, all kinds of marine products are harvested. As the shipping industry developed in the Edo period, the city flourished as a port town.
In contrast, an inland region of Miyako, formerly known as Kawaimura, is a typical mountain village on the north side of Mount Hayachine in the Kitakami Range. You can feel the life force of the people who have thrived for ages in this severe yet rich natural environment, and their respect for nature is evident everywhere. It can be seen in places such as Oguni Village, the setting for a well known collection of folk tales from the region, Tono Monogatari, that includes “Mayohiga,” an imaginary house that brings wealth to those who visit. There is also an uncharted region called Taimagura, which can be translated from the native Ainu language as a passage to the deepest part of the forest.
The region is also known for a legend of Minamoto no Yoshitsune, an ancient hero who is said to have committed suicide after losing a long battle. Yet the local legend believes that he did not commit suicide but escaped to the north. There are many locations in Miyako related to this legend, including Kuromoriyama, where Yoshitsune and his entourage is said to have trained; Kuromori Shrine, where it is said that they dedicated Hannyakyo or Prajnaparamita; and Yokoyama Hachimangu, where it is said that they prayed and found shelter. Some people believe that the origin of the name Kuromori (Kuro Forest) came from Yoshitsune’s pseudonym Kuro, so Kuromori really means Yoshitsune’s Forest.

Kuromori Kagura, a unique folk dance that still tours in the region

Located along the Sanriku Coast and with Mount Hayachine of the Kitakami Range as a backdrop, Miyako City has inherited diverse styles of folk performing arts from the coastal and inland regions. For example, you can see the Kuromori style of Kagura from the coastal region and the Hayachine style of Kagura from the mountains. You will also find Nanatsumono and Toramai Dance which are distinct to the coastal region, and Sansa-odori, which originated in Morioka, can be seen in the former Kawaimura, which was adjacent to the city.
Particularly unique to this region is Kuromori Kagura, which developed as a result of Yamabushi Kagura, rooted in mountain worship , blending with the region’s fishing village culture. It is loved by many for its bouncy, rhythmic music and dynamic dance movements. Many spectators have described the experience as “unforgettable once you see it.” Since the Early Modern Age, performing troupes have toured the coastal region of the former Morioka-han for one to two months after the New Year’s holidays. Kuromori Kagura was designated as an Important Intangible Folk Culture Asset by the government of Japan in 2006 for its rarity.