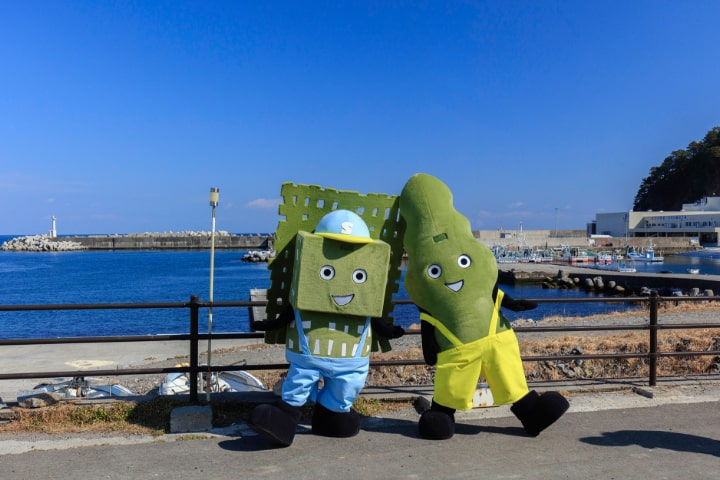 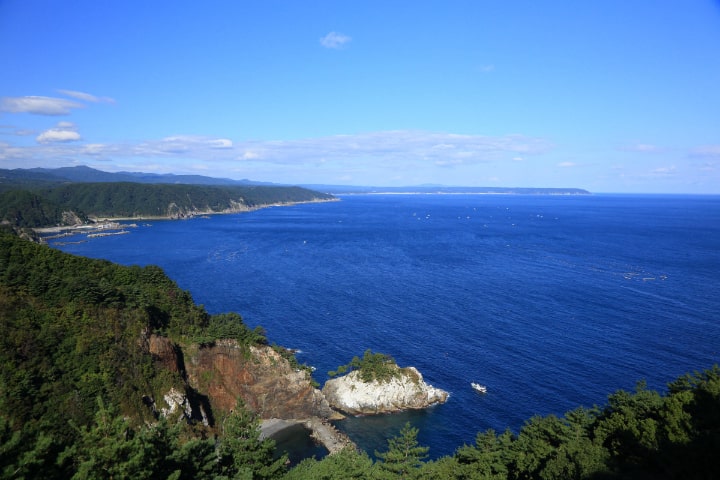 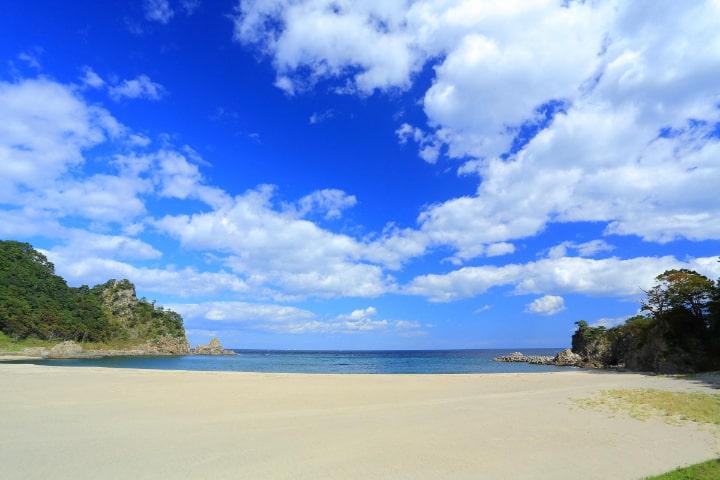 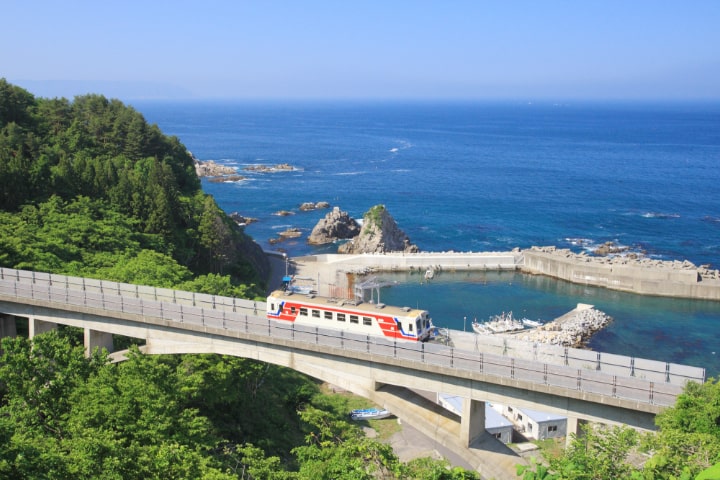 A village with a shrine where Minamoto no Yoshitsune is said to have prayed.

Fudai Village is located on the northern coast of Iwate. The eastern side faces the Pacific, where you can enjoy magnificent views of coastal terraces up to 150 meters tall and grand precipitous cliffs. To the other direction, in the mountains of Kitakamisanchi, it is said that underground resources such as marble, limestone and manganese are virtually inexhaustible. Whether or not this is true, it certainly stimulates one’s imagination.
In Iwate, some legends say that Minamoto no Yoshitsune, a 12th century military commander who tragically committed suicide after he was defeated by his brother, actually did not kill himself and fled to the north. This legend along with other related stories have been passed down in many of the communities in Iwate including Fudai Village. According to one legend, Yoshitsune and his entourage stopped by Unotori Shrine to pray for safety on their way to Ezo. Another legend says that when Yoshitsune asked a villager where he was, he was told that from there onward it was called Fukodo, which roughly means “Do Not Enter.” Today, there is still a place called Fukodo that was named after this legend. These legends illustrate the deep connection between Yoshitsune and Fudai Village.

At Unotori Shrine, said to be founded in 804 or 807 A.D., a Shinto ceremonial dance called Unotori-kagura, a variation of Yamabushi-kagura in which a Shishigashira (lion head) is considered to be Gongensama (a Buddha who appeared in the form of Kami, Shinto’s divine being). Unotori-kagura consists of 53 dance pieces, including the majestic and divine Yama No Kami (Mountain God) and Ebisu Mai, a humorous depiction of Ebisu fishing for a red snapper. Unotori-kagura of Fudai Village and Kuromori-kagura of Miyako City take turns every other year to visit cities, towns and villages on the Sanriku Coast with two months of performances right after the New Year’s festivities. In 2015, these dances, collectively called Rikuchu Kaigan no Mawari Kagura, were designated as Important Intangible Folk Culture Assets by the Government of Japan.
While these dances and other traditional folk performing arts have been passed down for generations, new kinds of local folk performing arts have also been born. These include Nakanoryu Unotori Nanazu Mai of Iwaizumi-cho, a dynamic dance that incorporates Nakano Nanazu Mai; a valiant drum performance called Fudai Araiso Taiko; and Fudai Bon Odori, which is rooted in Nanyadoyara Bon Odori of northern Iwate. These examples show how deeply the folk performing arts are connected with the lives of people in this village.