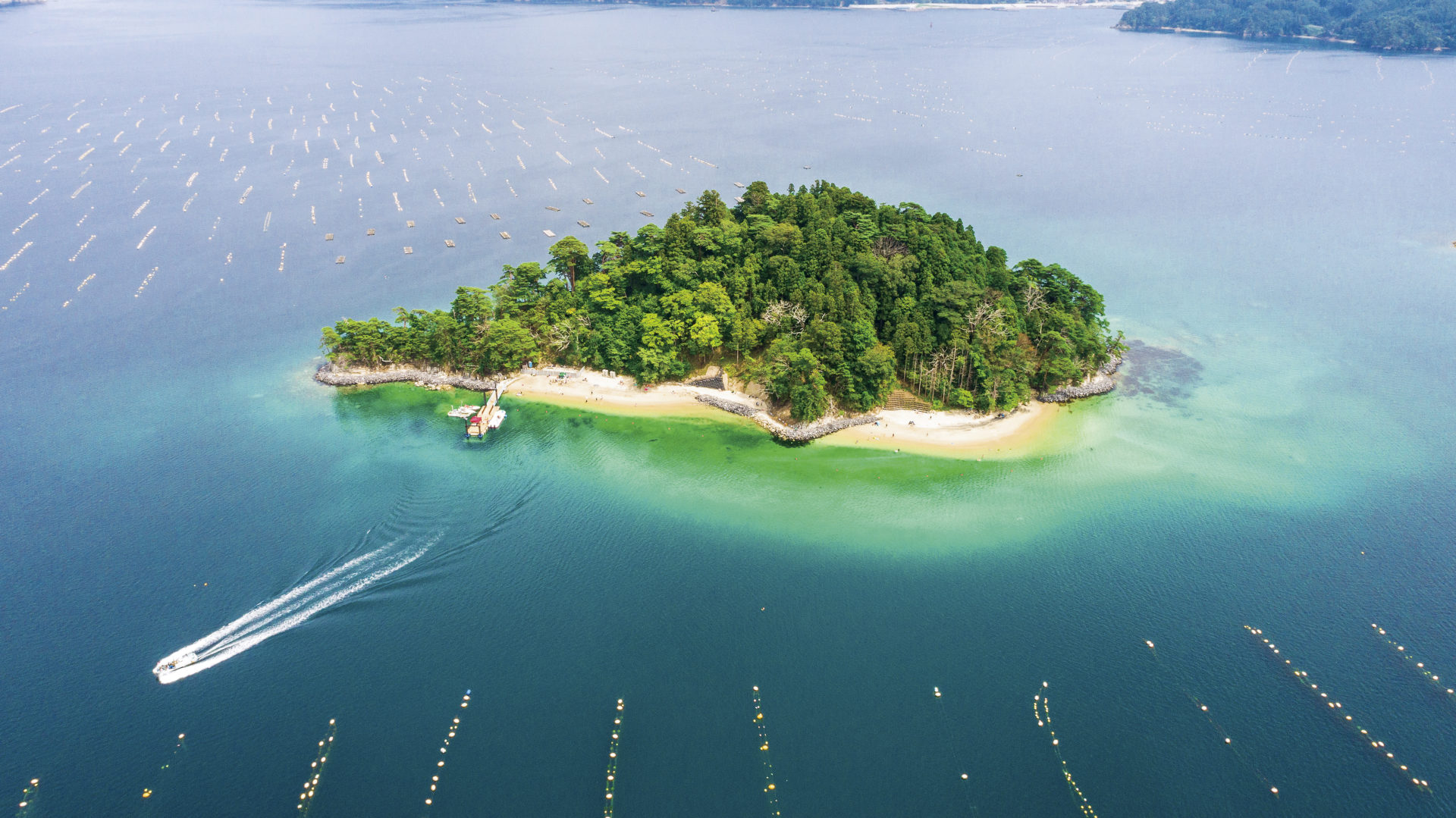 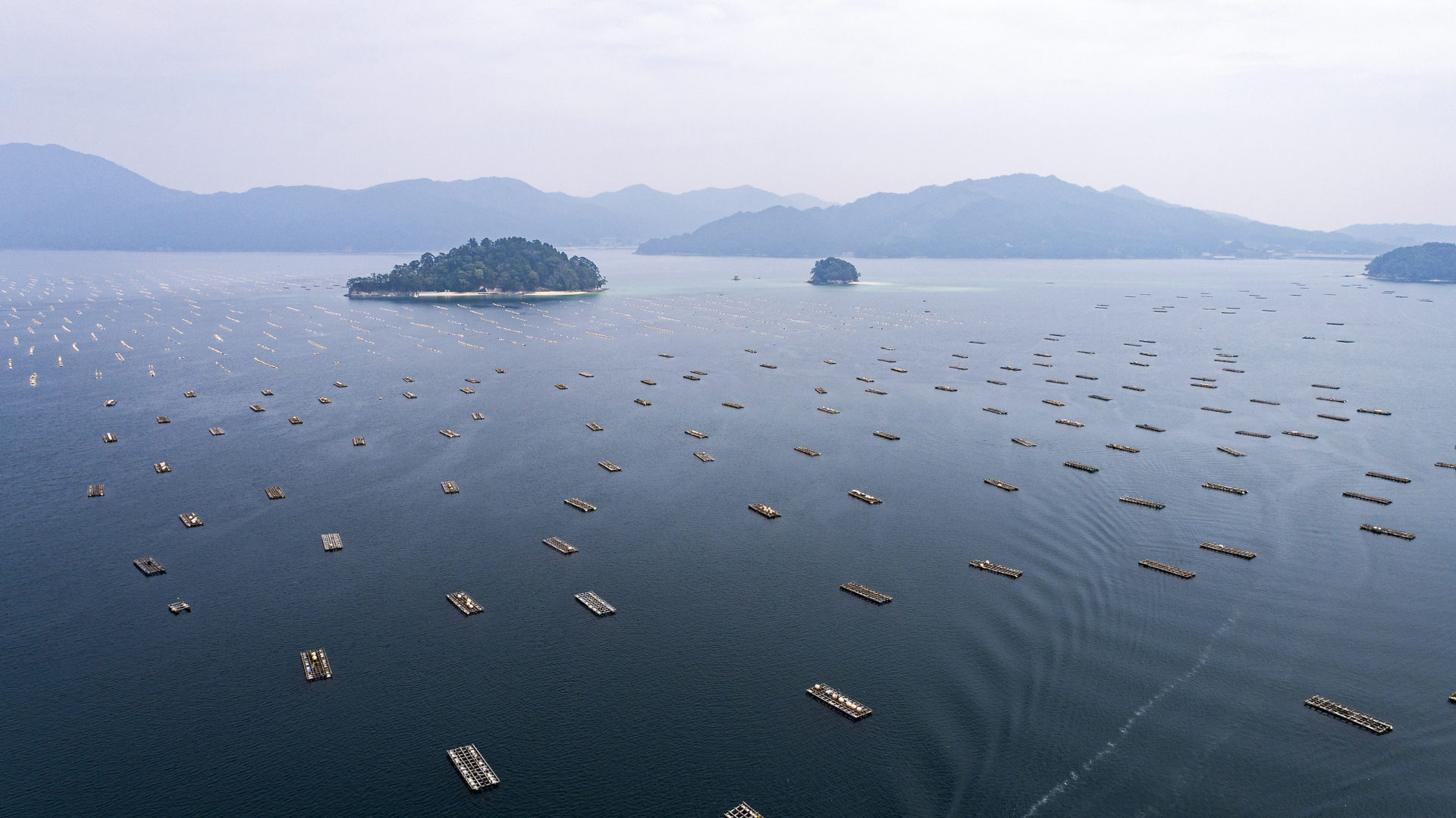 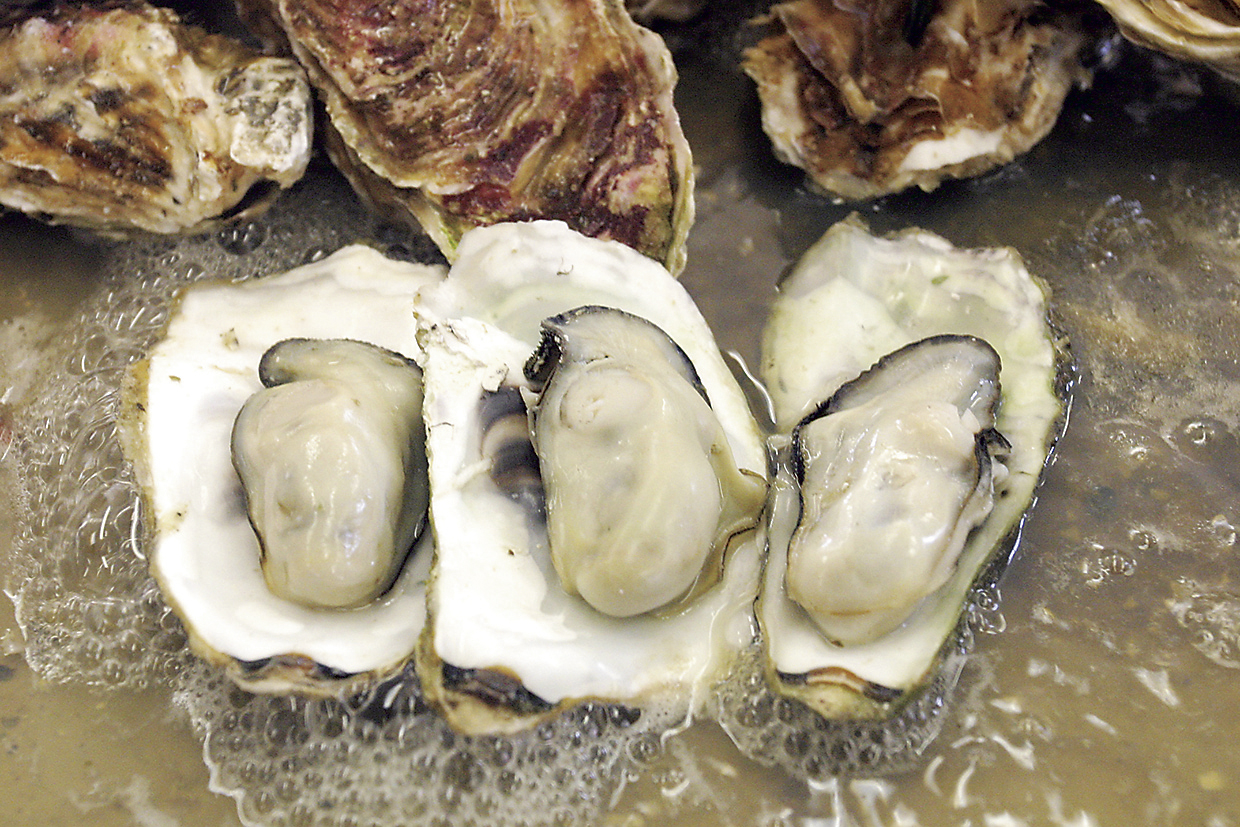 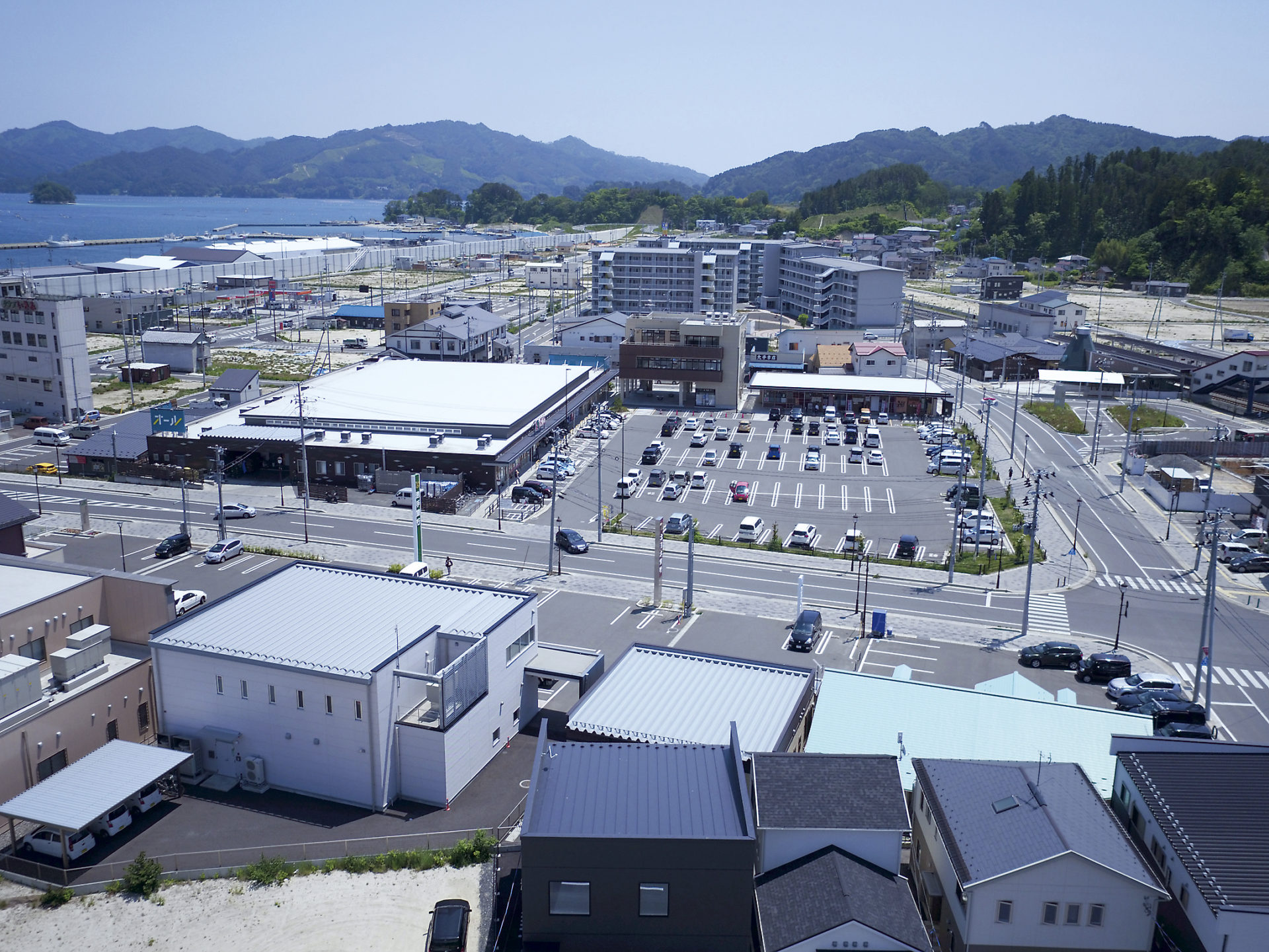 Yamada Town is known for Yamada Bay and its gentle waves, and the oysters and scallops that are farm-raised there. The mountains high above the sea deposit their rich minerals into the river that streams into the bay creating a place where seafood grows large and tastes delicious. Since the Great East Japan Earthquake, Yamada Town has provided various hands-on learning programs that incorporate its rich natural setting, blessed with both sea and mountains. Rafting tours of its farm-raised seafood, sea kayaking, an open field mushroom harvest tour, and the experience of being an intern for a day with a host family are some of the programs that have attained considerable attention.
The Science Museum of Whales and the Sea provides information on the unique history of the town. There was once a whaling station in the northern part of Yamada Bay, which was active until 1987. An exhibit of a sperm whale skeleton is evidence of the thriving whaling industry back then. At 17.6 meters-long, the skeleton is one of the largest in the world, and it makes for a popular photo op because of its sheer size.

People from Yamada Town love festivals, breathing in the excitement of the festival music and the rollicking mikoshi floats since childhood. Among many, one particular celebration stands out for them: Yamada Matsuri, which consists of two Shinkousai festivals, that of Yamada Hachimangu and that of Osugi Shrine. Many people say they make sure to return home for this festival, even if they miss Obon, one of the most important holidays for people in Japan. During Yamada Matsuri, many folk dances are performed as dedications to shrines, such as Hachimangu Daikagura and Yamadasakaida Toramai. Particularly exciting is the festival’s mikoshi togyo or float parade. Unlike Edo Mikoshi, which parades in an organized way, this festival’s mikoshi is unpredictable. Sometimes the floats are rushed forward, sometimes they are dragged and spun. Because of the way they rumble, these floats are also called Abaremikoshi or rumbling floats. They are truly soul-stirring. It is said that the more they rumble, the more rewards they will reap. The climax of the festival is called Kaijo Mikoshi Togyo or the Float Parade on the Sea, accompanied by lively music. You cannot take your eyes off of the men carrying this float across the water toward a fishing boat with a Tairyo-bata flag flapping in the wind, the symbol of a big catch.