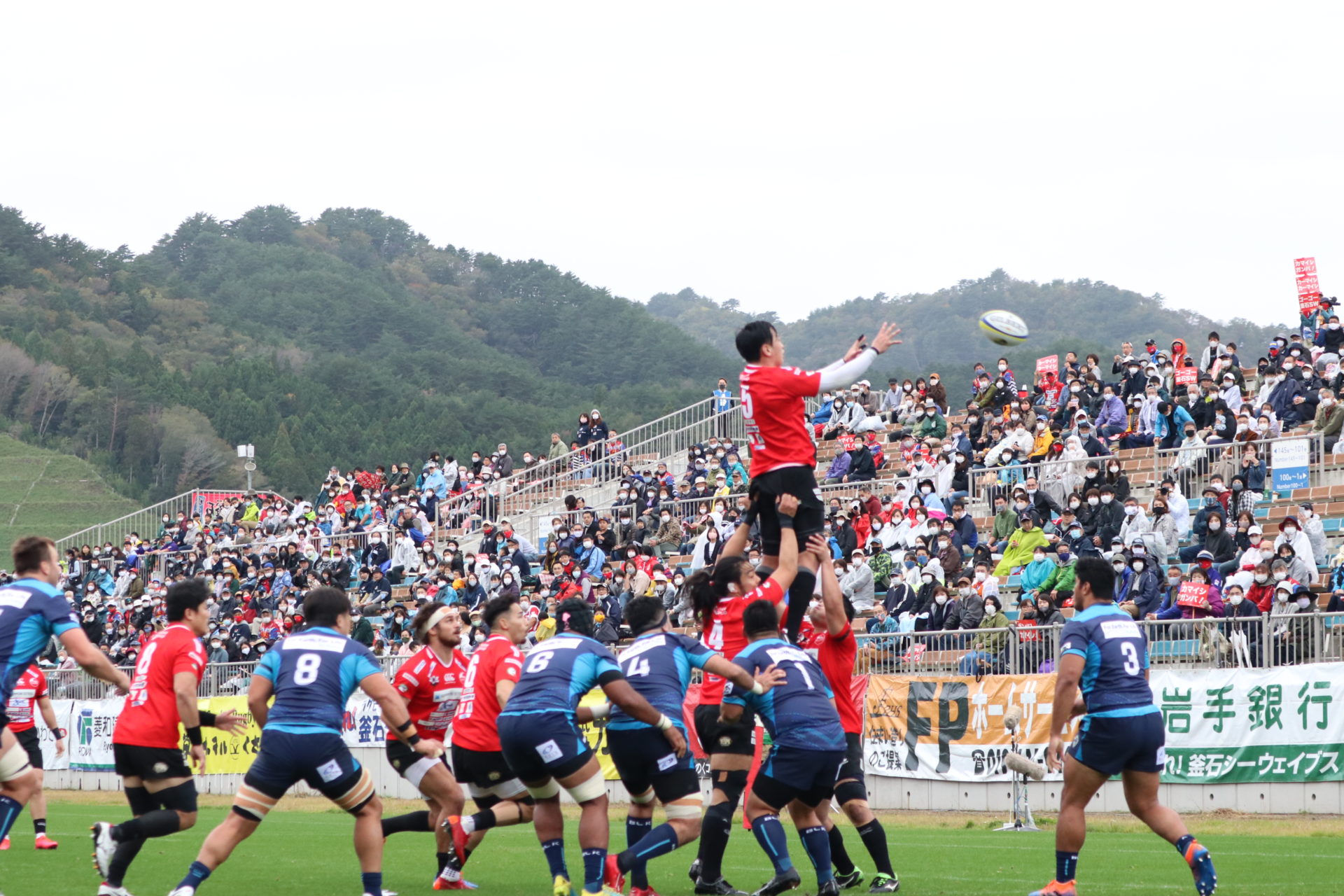 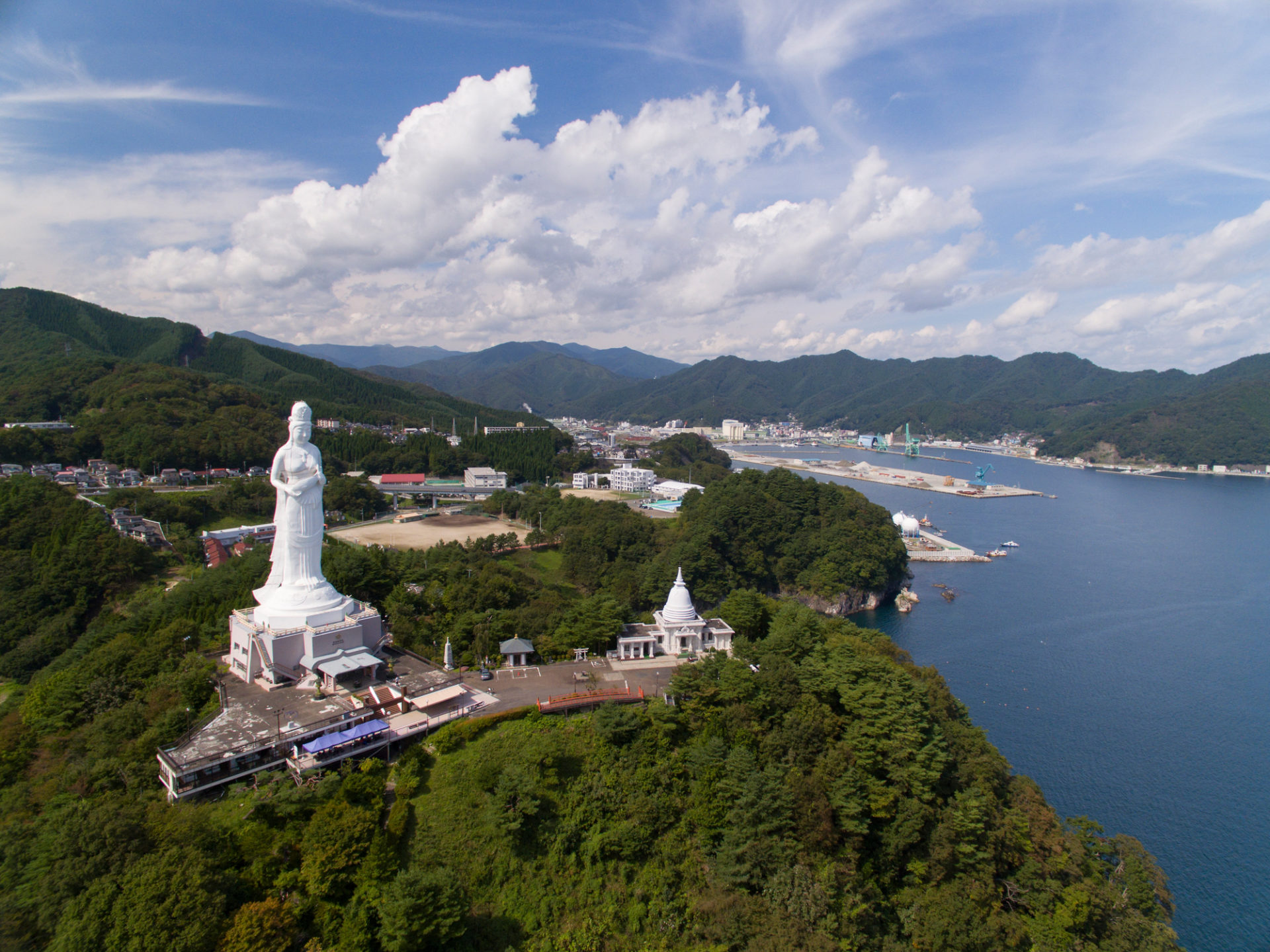 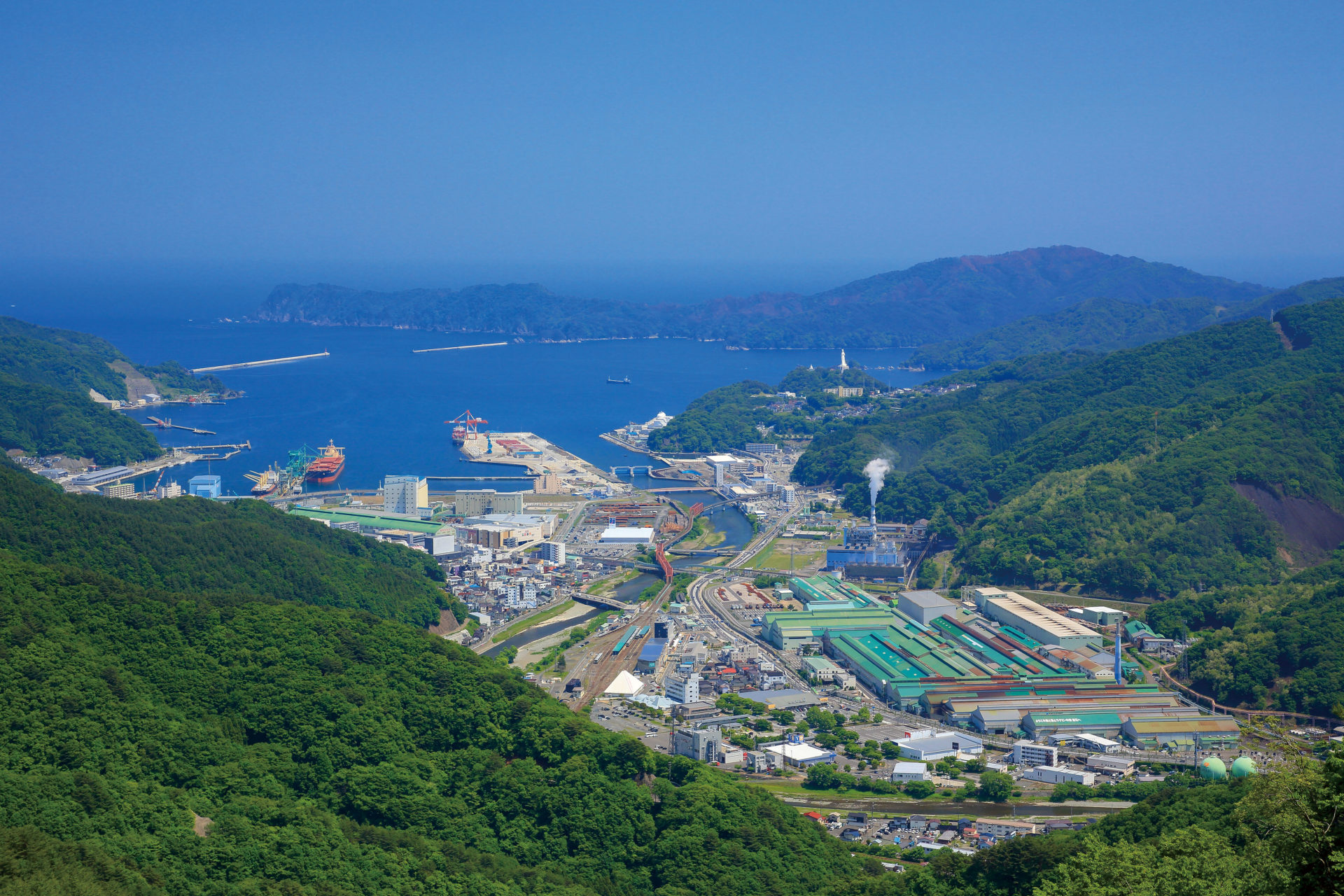 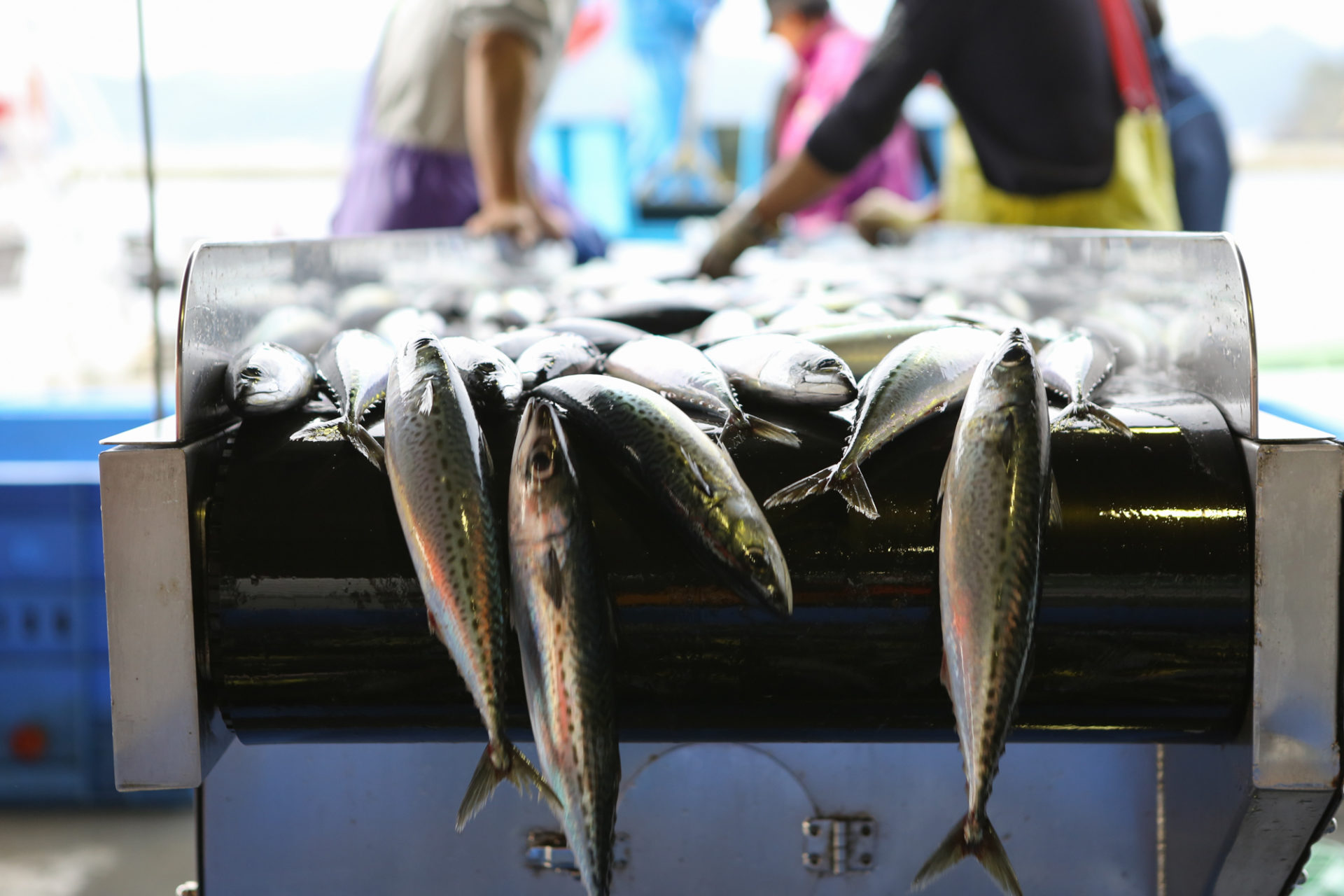 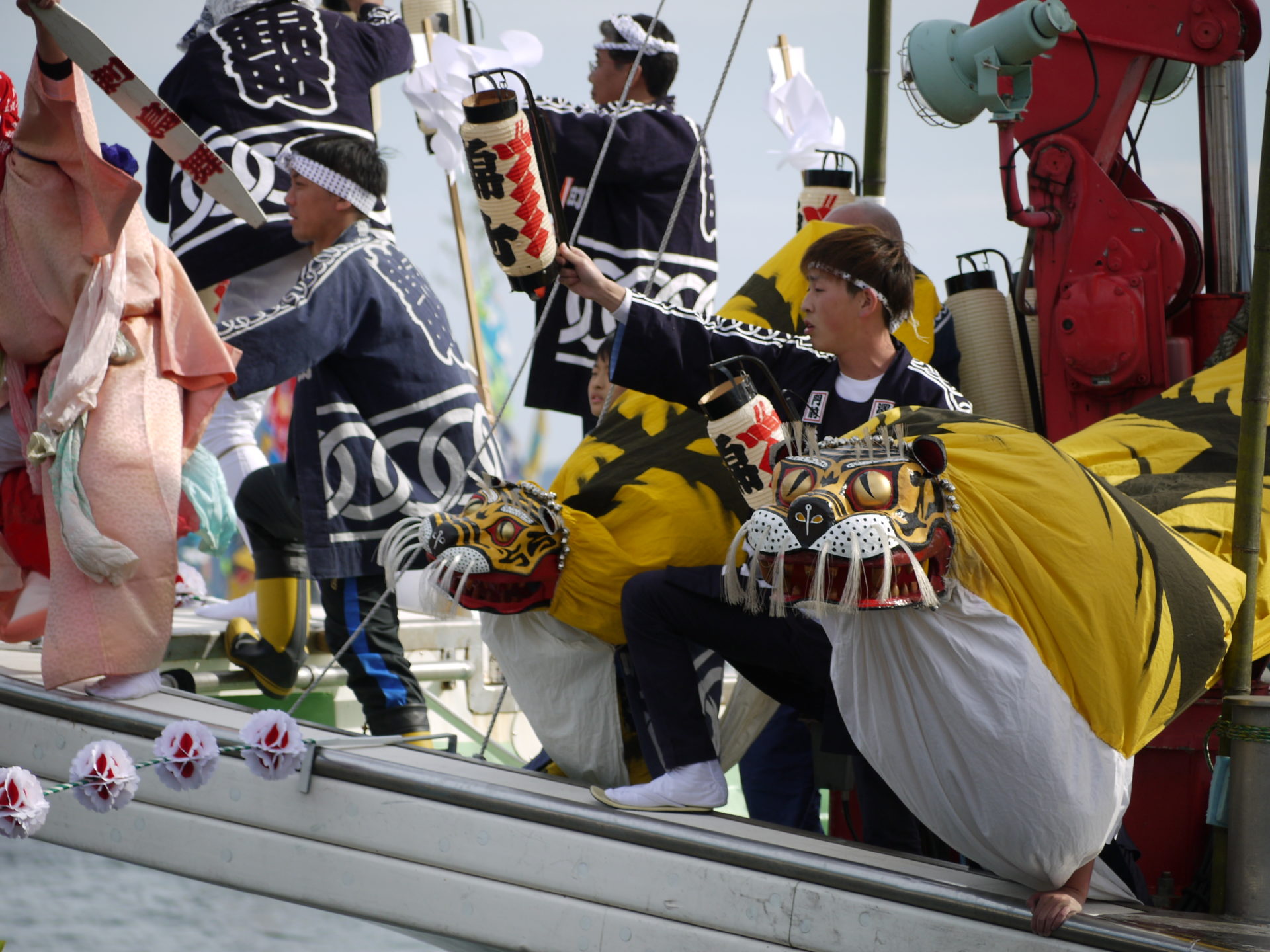 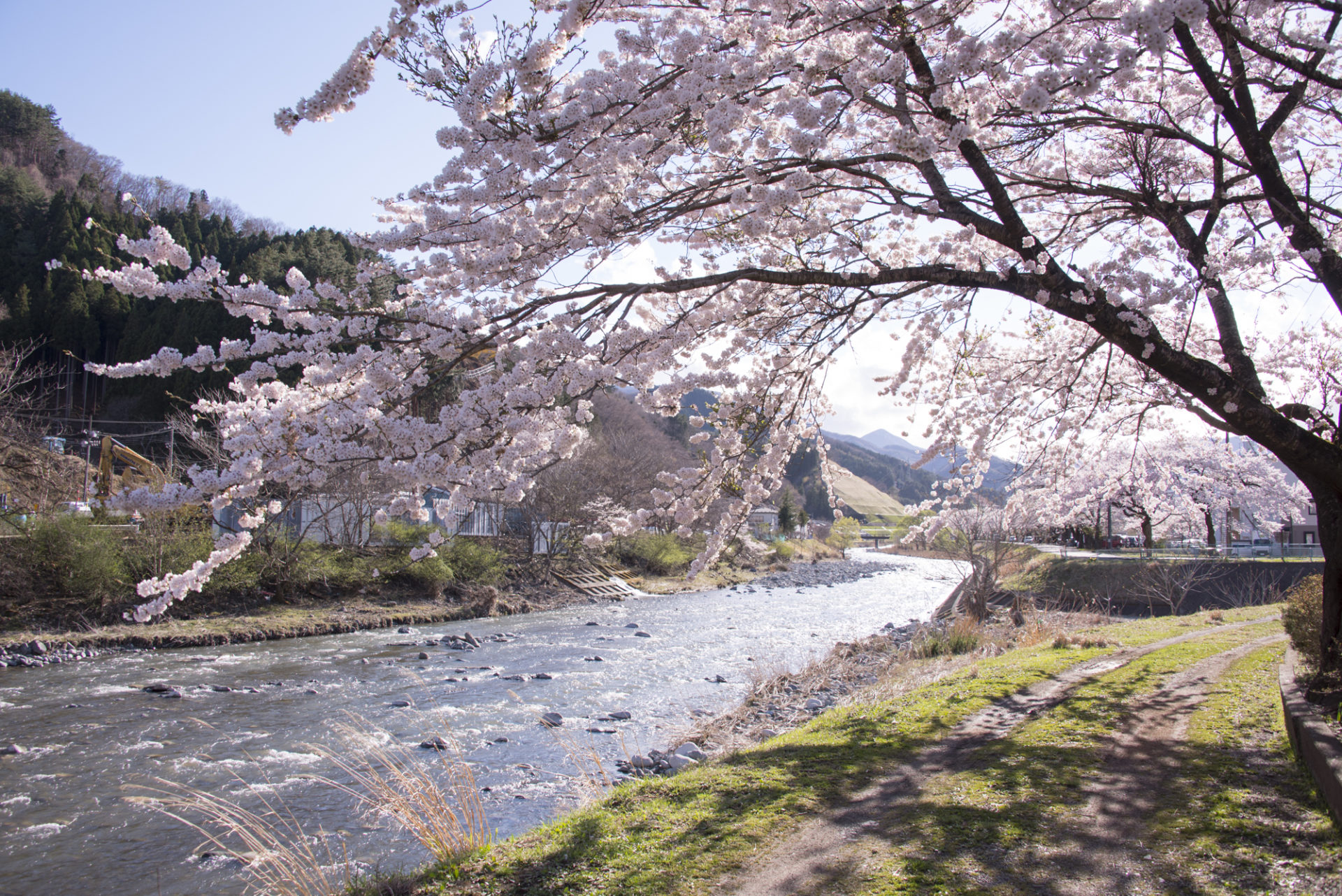 City of Fish, Iron and Rugby

Roughly located in the central part of Sanriku Fukkō National Park , Kamaishi has had a thriving fishing industry since long ago, and has grown to become the main fishing port of Sanriku’s fishing grounds. At the same time, Kamaishi was the first place in Japan to successfully manufacture iron using blast furnaces imported from the West in 1857. Kamaishi still manufactures iron to this day and is recognized as the birthplace of modern iron manufacturing in Japan. As the city’s iron industry thrived, the Shinnittetsu Kamaishi Rugby Football Club was born. Now known as the Kamaishi Seawaves Rugby Football Club (RFC), the team is famous for their unprecedented accomplishment of winning seven consecutive Japan championship titles between 1978 and 1984 and played an important role in Kamaishi being chosen as the host city for the Rugby World Cup in 2019.
Kamaishi, with its long history of national and international exposure through industry and sporting events, has become an “open city,” where visitors are always welcomed. After the Great East Japan Earthquake, Kamaishi has been attracting more and more people, especially younger people who ultimately decide to move to Kamaishi permanently.

Various kinds of Toramai, known for their use of uncommon Toragashira puppets

Kamaishi preserves a variety of local folk performing arts and is often called “the place where local folk performing arts of the Sanriku Coast come together.” The best example would be Toramai (tiger dance), which is performed with large puppets called Toragashira (tiger heads). The use of Toragashira in Toramai is quite uncommon throughout Japan. In this Toramai, a pair of operators acts as a tiger by manipulating Toragashira and Toramaku (tiger curtain), a large cloth on which tiger patterns are printed. As a saying goes, “a tiger goes a thousand miles and returns a thousand miles.” Tigers are considered resilient and Toramai, symbolizing this resiliency, is performed as a prayer for safety during fishing and ocean navigation. Because of a belief that tigers have spiritual powers to bring fire under control, Toramai has been passed down for generations as a religious protection against fire disasters.
Toramai is performed across the coastal regions of Iwate. Among these places, Kamaishi has as many as 14 organizations dedicated to this art form and each one of them preserves dance pieces and rhythms that are unique to them. They vary from bold and dynamic dances mirroring the ballsy spirit of native coast villagers to elegant dances incorporating Daikagura. Besides Toramai, many other folk performing arts have been passed down in the region, including Kagura, Daikagura and Shishiodori, and have been designated as Important Cultural Assets by municipal governments.