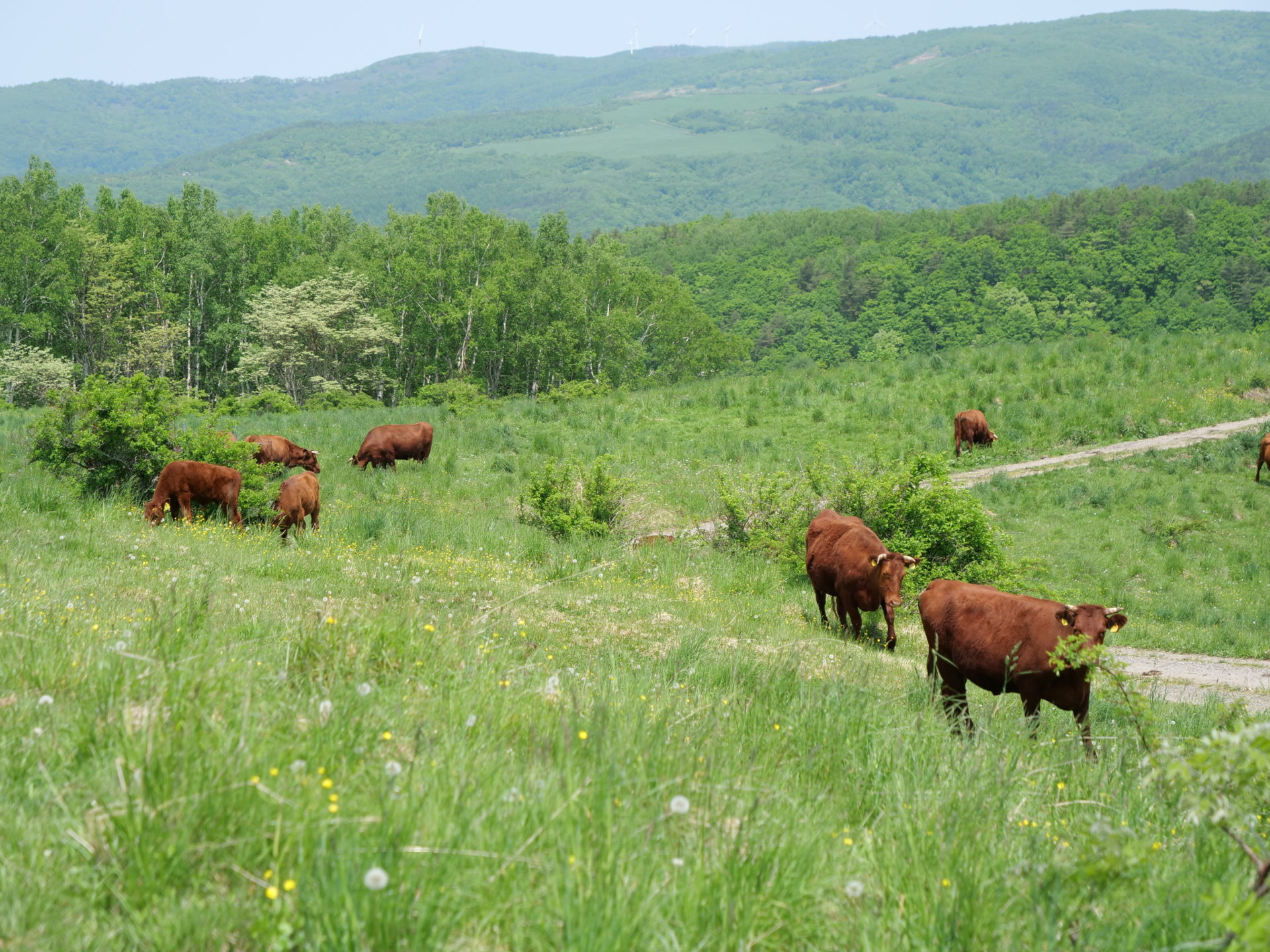 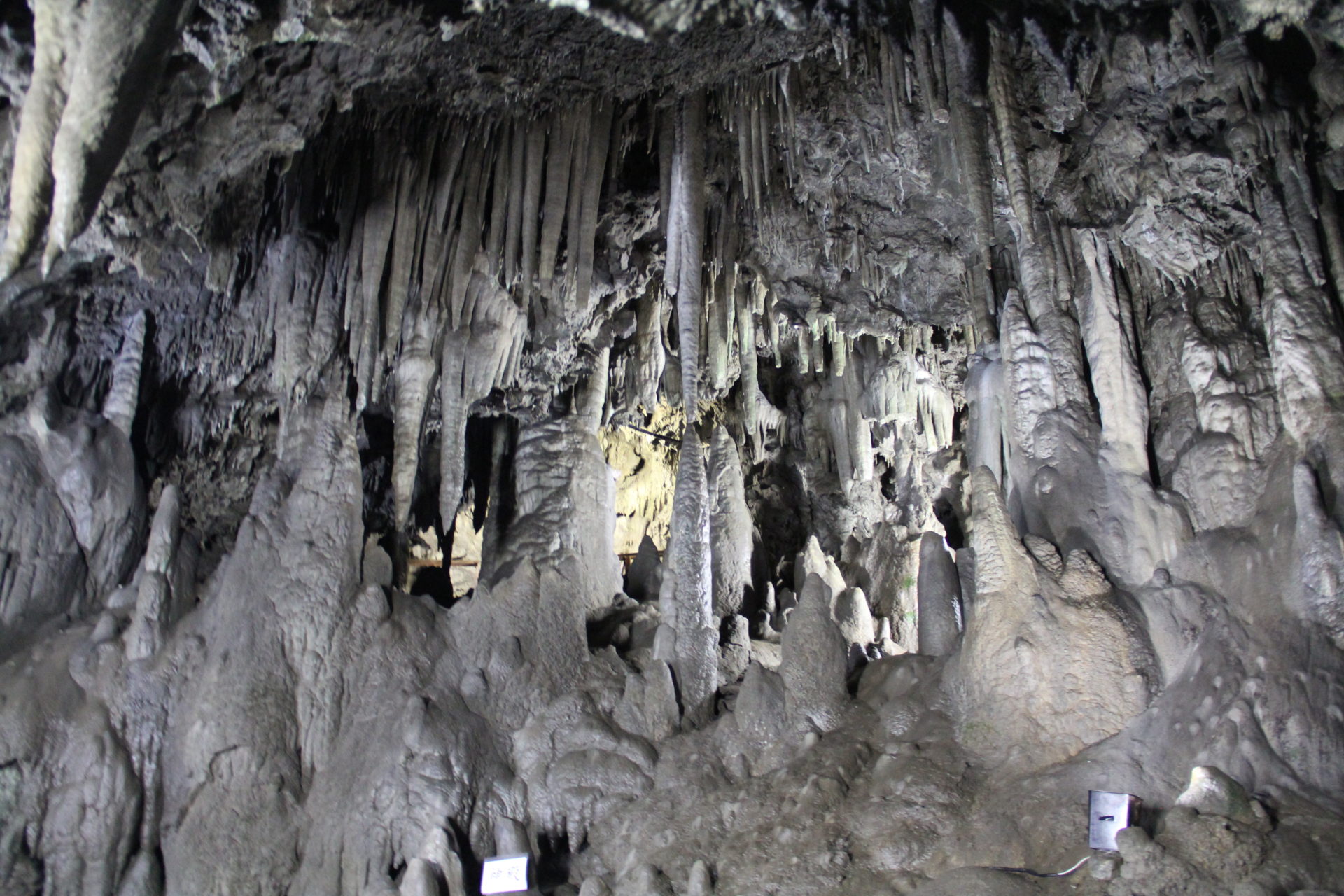 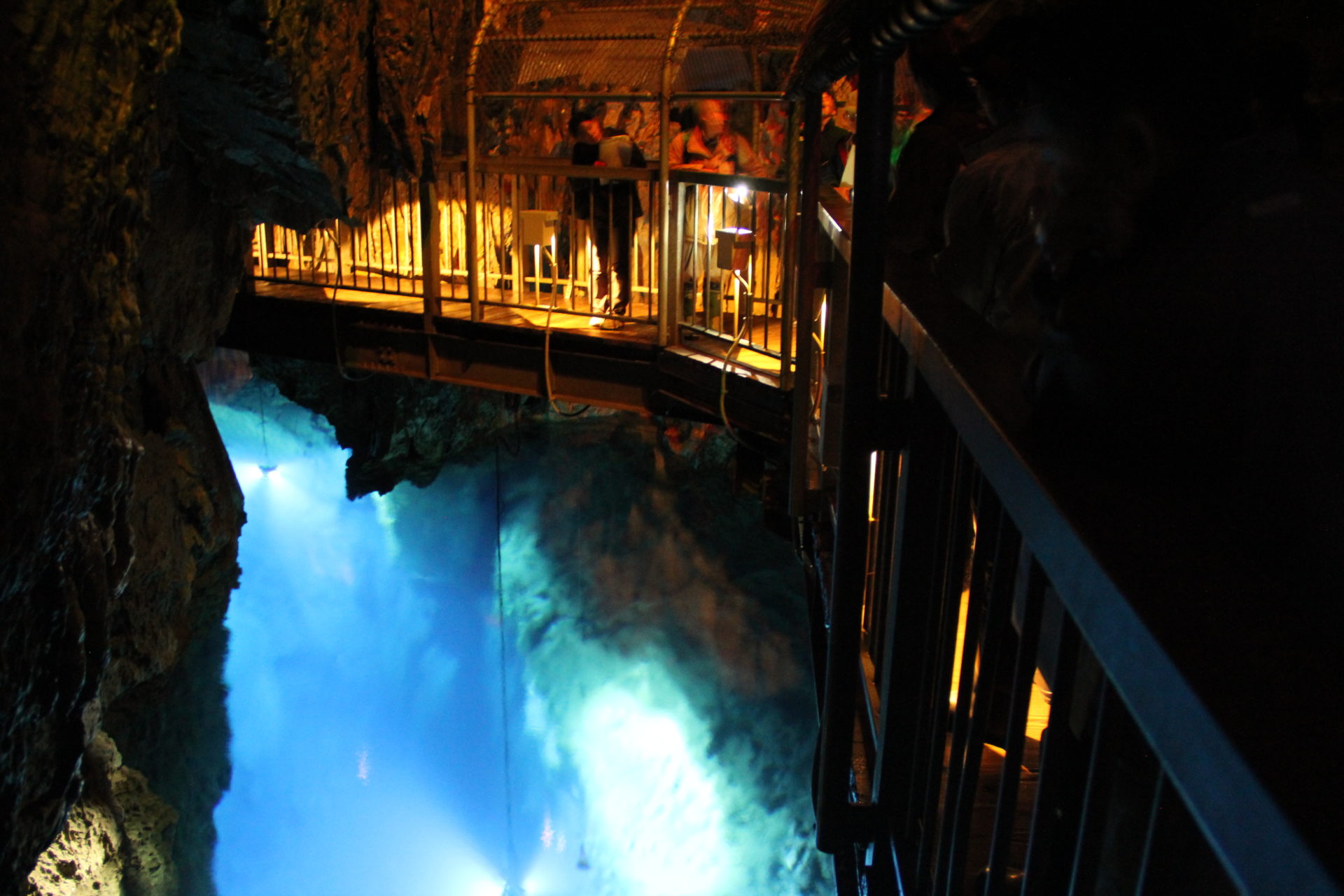 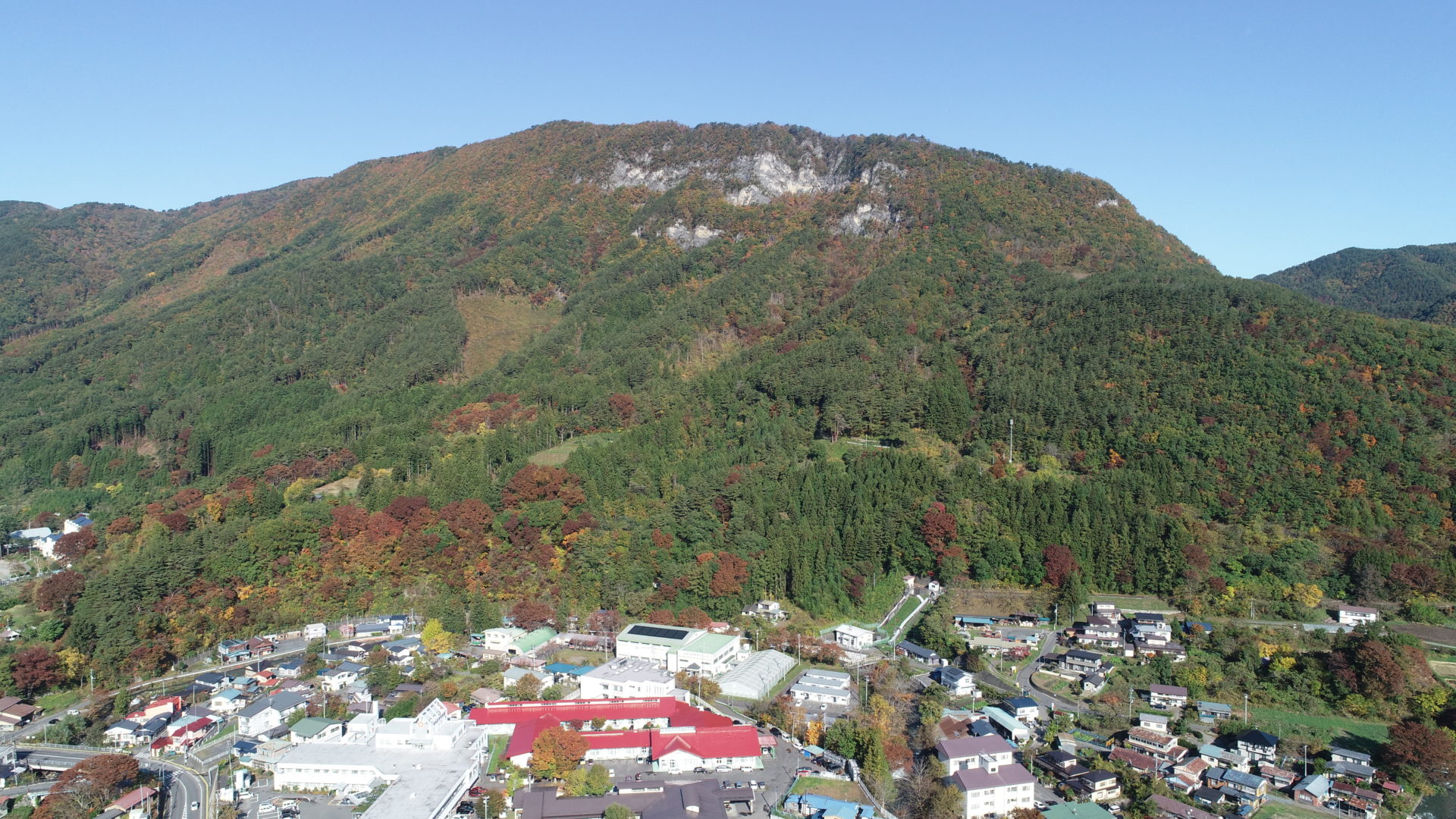 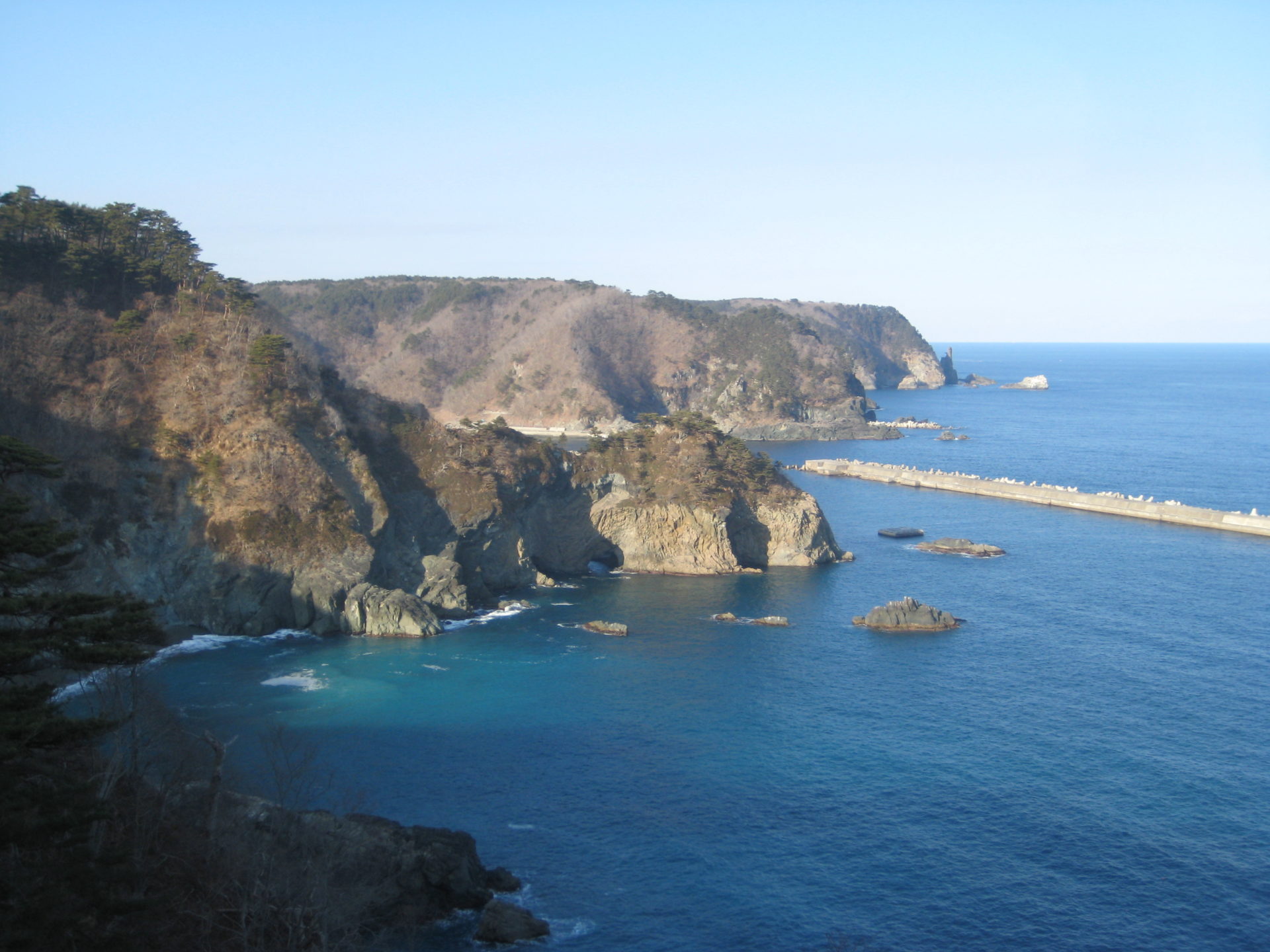 A scenic town blessed by nature with abundant waters

While being surrounded by 1000-meter tall mountains on three sides, Iwaizumi Town also faces the sea. The largest town by area on Honshu Island, Iwaizumi is blessed with abundant food resources such as matsutake mushrooms and farm-grown hatake wasabi. Known since ancient times for its cattle production, Iwaizumi is the birthplace of one of the most well known folk songs of Iwate, “Nanbu Ushioi Uta,” a song about cattle farmers.
Ryusendo, the beloved symbol of the town with the catchphrase “a symphony of forests and water,” is a popular spiritual destination surrounded by a mystic atmosphere. At the foot of Mount Ureira, which watches over the town, one can visit an old shopping district with sake breweries and confectionaries that have operated continuously since the Edo period, and still retain the appearance of the old days. The range of elements from the sky and to the mountains, the clear air and friendly people are just some of the attractive characteristics of Iwaizumi.
If you would like to learn more about the history and life of Iwaizumi, you can visit the Iwaizumi Museum of History and Folklore. Its collections cover topics from natural science in general, geology, archeology, history and folklore. A replica of “moshiryu,” the first-ever dinosaur fossil discovered in Japan, is also exhibited.

In Iwaizumi Town, a great many folk performing arts are preserved including Shishiodori, Nenbutsukenbai, Nanatsumai and Sansaodori. They are still performed on occasions such as village festivals and the Obon festival. Nakano Nanazumai is particularly popular nationwide, and often tours within and outside of Iwate prefecture. Originally performed by farmers in the Edo period, these dances tell stories of pioneering farmers cultivating an untamed land, the joy of harvesting and fishing, and more. It is called Nanazumai (Dance of Seven Heads) because performers play seven different roles corresponding to seven different tools, and it has seven different dances. Its dynamism and brilliance, along with an uplifting rhythm and steps that embody the soul of a farmer defiant in unforgiving nature, never fails to move us.
Every year, all of the performing groups come together at the Local Folk Performing Arts Festival organized by the town. The festival is a great opportunity to enjoy a lot of unique performing arts together in an intimate setting.