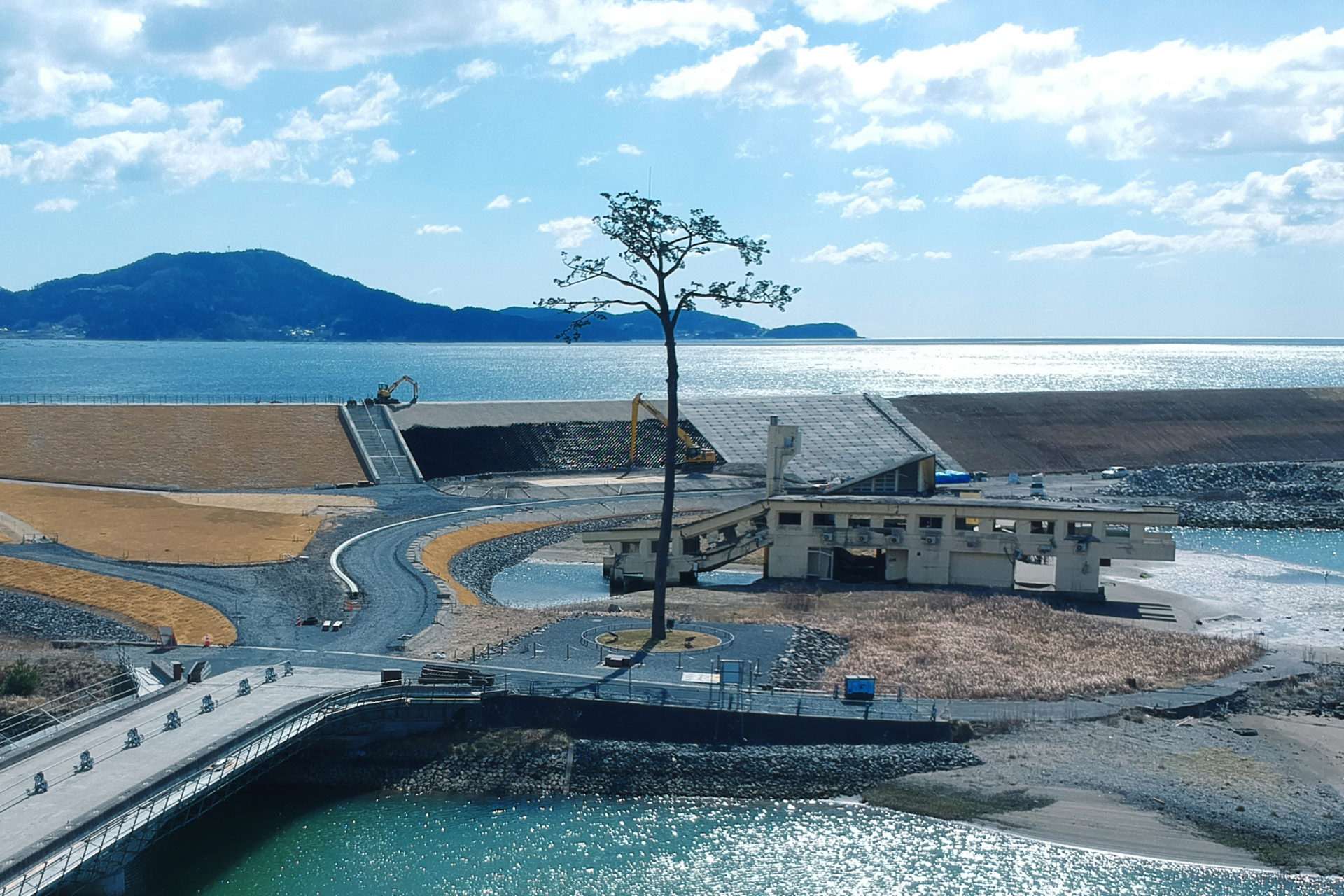 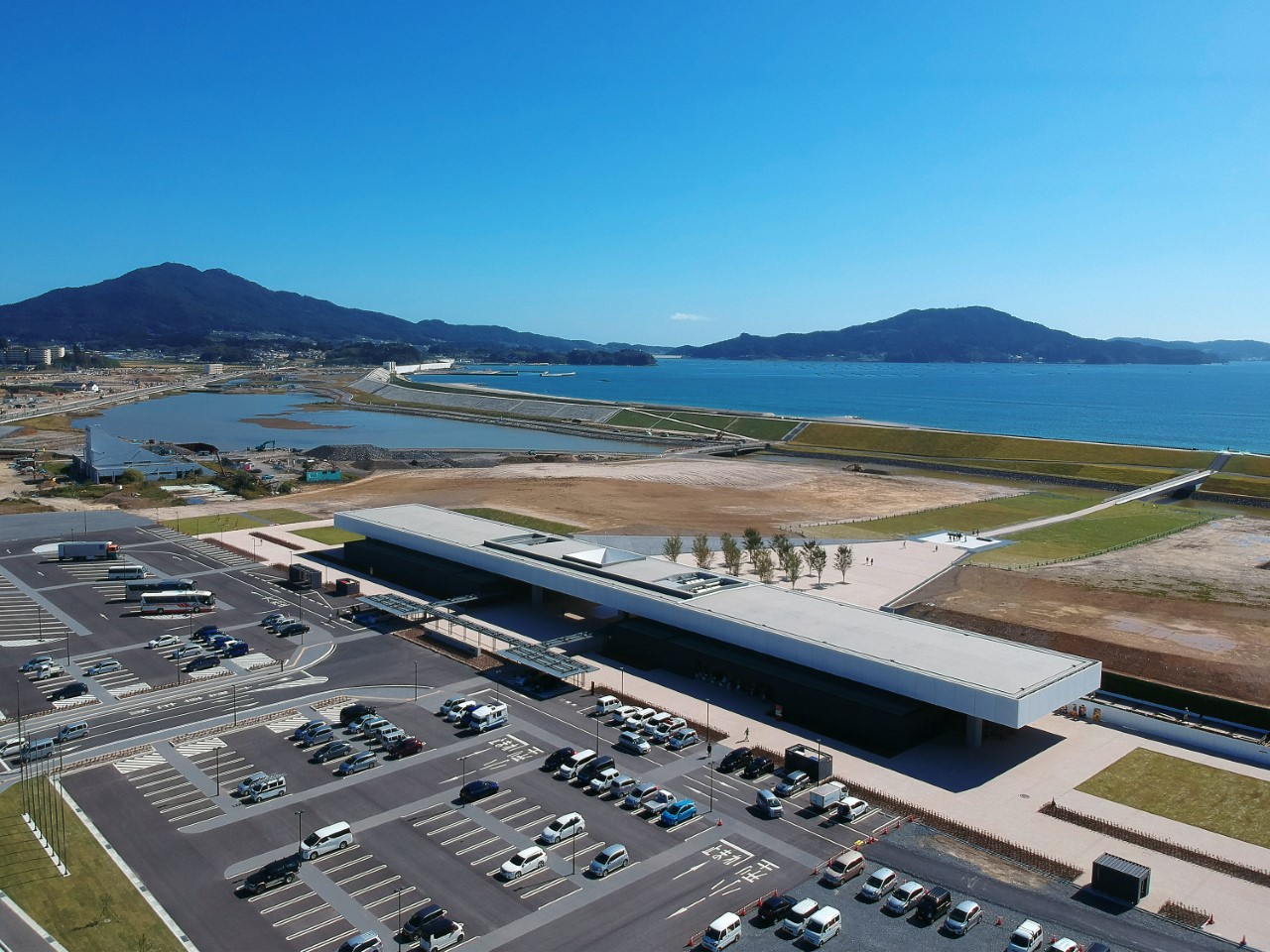 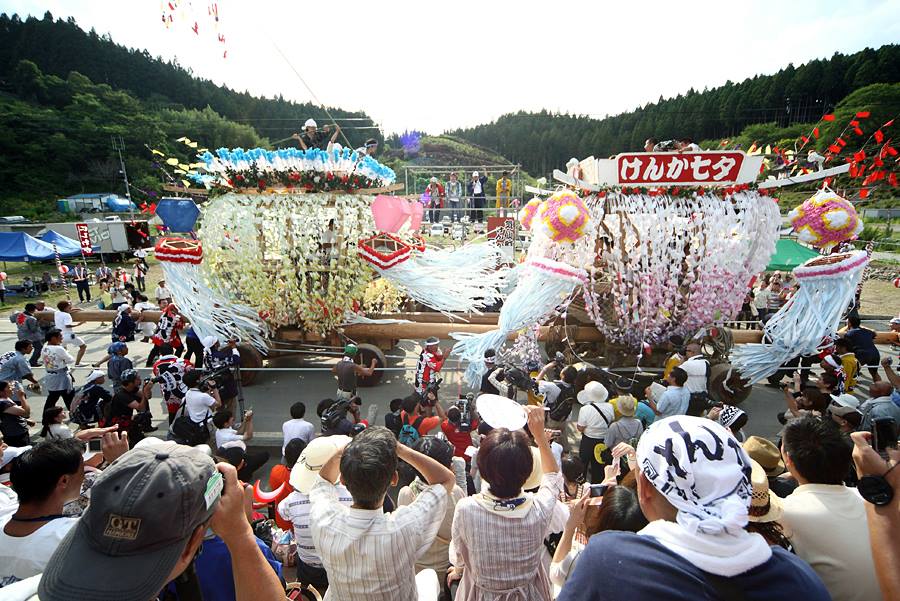 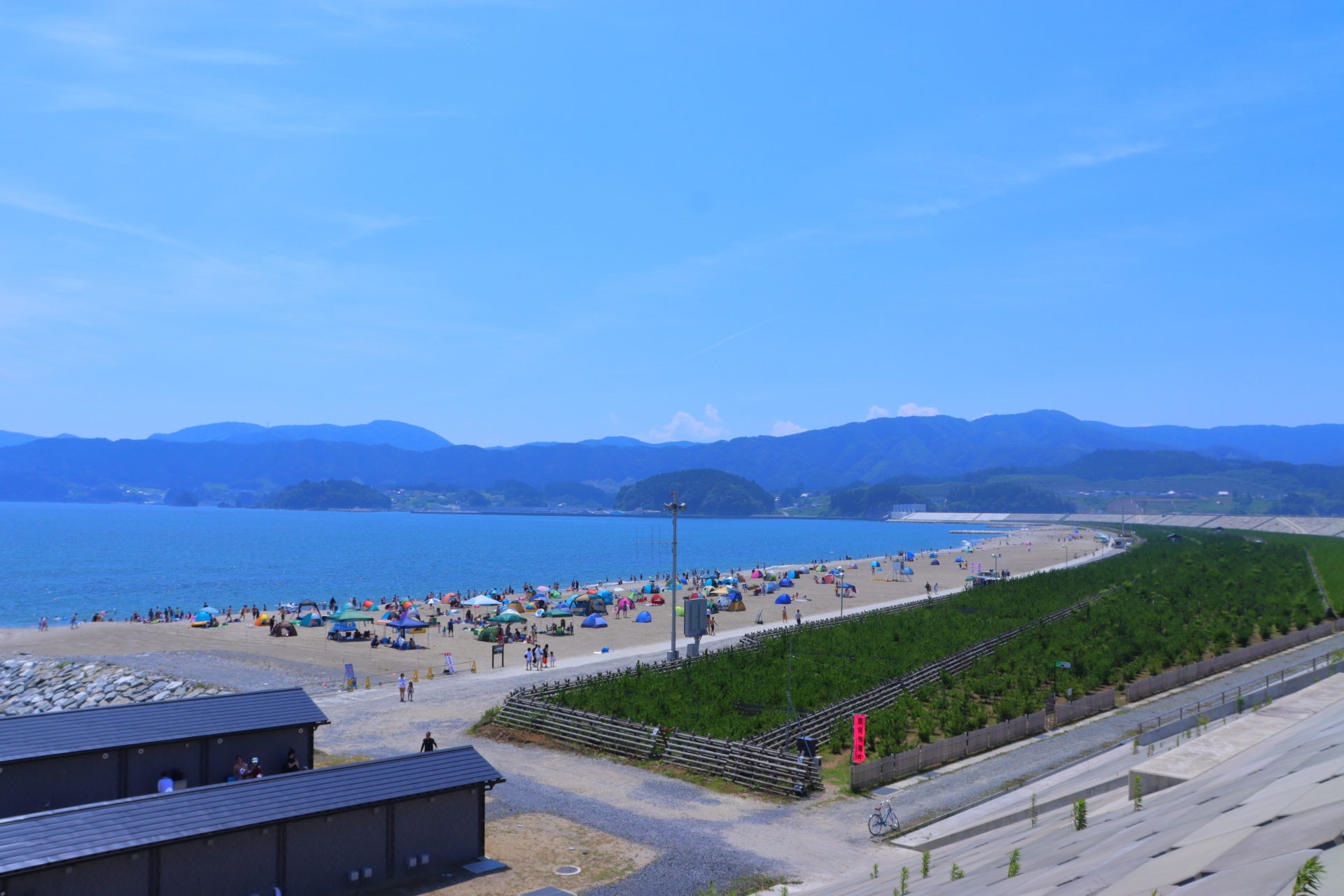 Blessed with the ocean, mountains and rivers, Rikuzentakata has a mild climate year-around, leading some to call it “Shonan of Iwate,” as Shonan is known for its mild climate. The history of the region is documented by shell middens in the city, including those at Nakazawa Kaizuka, and goes back to the ancient Jomon Period, when the inhabitants had already built dwellings and formed an advanced culture. By the early Heian Period, the region had developed into a sizable city whose economy thrived on gold, salt and seafood. Gold played an especially important role during the “Golden Culture” of the Oshu Fujiwaras.
After the Great East Japan Earthquake, many structures were built that were designed by architects of note such as Kuma Kengo and Ito Toyoo, carrying on the city’s legacy as the birthplace of “Kesen Daiku” Master Carpenters. Rikuzentakata has since become a treasure trove of architecture that evokes the power of wood. After the quake, a “miraculous solitary pine tree,” a lone surviving tree at the scenic spot Takatamatsubara, has become the symbol of recovery. The city’s redevelopment efforts are still under way and enthusiasm from younger people who have returned to the city is quite palpable.

Rikuzentakata was formed as a result of a merger of three towns and five villages in 1955. Each former town and village has its own culture and customs that were preserved after the merger. This can be seen in their folk performing arts such as Shichifukujinmai, Kagura, Shishiodori, Toramai and Kenbai.
What the locals, regardless of their origins, particularly look forward to every year are the Kesencho Kenka (fight) Tanabata Festival and the Takadacho Ugoku (moving) Tanbata Festival, both of which take place on August 7. The former, with a proud history going back nearly 900 years, is known for its gorgeously decorated floats, equipped with cedar logs, and colliding into each other violently as drums are played in a rousing manner. Because of this unusual custom, it is called the “Odd Festival of Tohoku.” In contrast, the latter is known for its glittering floats, parading through the town in sync with Ohayashi music. It is particularly beautiful at night, filling the town with a fantastical allure.